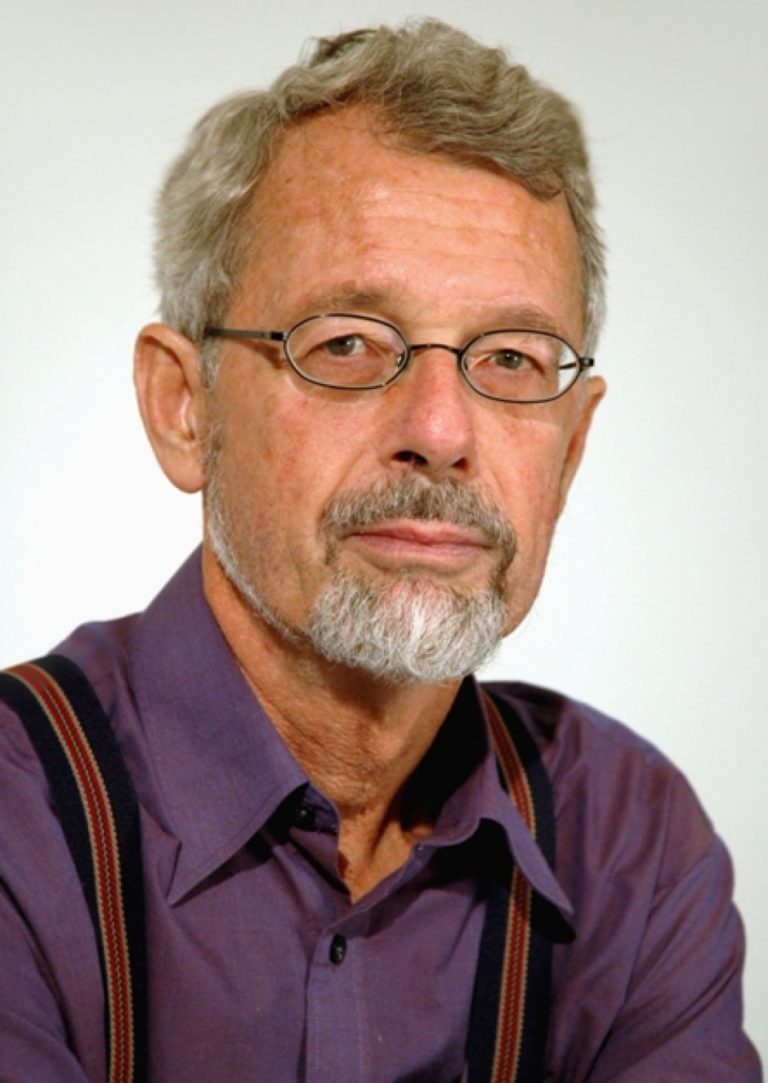 Eric Papazian: “Having an Armenian surname was unusual in Norway”

YEREVAN/OSLO – Professor Eric Papazian, 80, lives in Bærum outside Oslo. He has a master’s degree in philology with Scandinavian as the main subject. For almost 40 years, he has served as associate professor at the Department of Linguistics and Scandinavian Studies at the University of Oslo. He is specialized in Scandinavian languages, especially Norwegian dialects. He has written an introduction to this subject together with Botolv Helleland (Norsk talemål. Lokal og sosial variasjon, 2005) in New Norwegian (see below). He is also interested in general linguistic theory and has written books about language learning and the relation between speech and writing.

We have been in touch since 2001, when I was working on my research on Armenian-Scandinavian historical and cultural relations and the Armenian presence in Nordic countries, and met twice – in Armenia and Norway. He has helped me to translate a 15th-century Armenian poem into Swedish (published in the Armenian-Swedish magazine Nor horizon) and also translated Armenian writer Elda Grin’s short story, “The Hands” from English into Norwegian, which was included in this story’s multilingual edition, published in 2010 in Yerevan.

Eric, I would like to start our conversation discussing some issues regarded your profession. In the Armenian language, many dialects disappeared during the past century. What is the situation in Norway? For instance, in Italy the dialects are under state protection and there are publications and plays in various dialects.

Norway is often called “the dialect paradise of Europe” because here the dialects are still alive and socially accepted. They are used publicly in speech, also by intellectuals and politicians and in theaters, films, radio and television. Many young people use dialect in writing on the Internet (Facebook and the like). The situation is quite different from that in Sweden and Denmark. The reason is Norway’s political and linguistic history, which is different from that of the neighboring countries.

Norway was dominated by Denmark in a union for 400 years (ca. 1400-1814), and used Danish in writing (the Scandinavian languages are closely related – like dialects). Because of this, the upper classes developed a mixed Dano-Norwegian spoken language, which, after the union with Denmark was broken in 1814 and because of national romanticism, gradually replaced Danish in writing. This Dano-Norwegian spoken and written language is now officially called Bokmål (book language). The lower classes continued speaking Norwegian dialects, and in the 19th century a written language based on the dialects was constructed, called Nynorsk (New Norwegian). But it never succeeded in replacing Bokmål, and has always been used by a (diminishing) minority.

The result of this is a majority standard language (Bokmål) that has social but not national prestige (because of it is partly Danish origin), while the dialects are recognized as genuinely Norwegian. But nationalism means less today, and because of the social prestige of Bokmål and internal migration the dialects are being influenced by Bokmål, and some of them are threatened. So it seems we may be following the example of the rest of Europe, with the standard gradually replacing the dialects, with a delay of 150 years or so.

For me it was interesting to find out there is a Norwegian linguist with Armenian family name. Could you please tell us your family story?

My mother was a Norwegian girl from Oslo who went to Paris after school, in the 1930s. There she met my father, who was an Armenian born in Varna in Bulgaria. His parents came from Istanbul, but moved to Bulgaria and later to Romania before the genocide. His sister married a wealthy French Armenian who owned a factory, and after school my father joined her in Paris to work with his brother-in-law. He married my mother, and I was born in 1939. Soon after, my father was called out as a French soldier, was taken prisoner and spent three years as a prisoner of war in Germany. During this time I and my mother lived with his parents in Bucharest. They spoke both Armenian and Turkish, but could also speak French, and that became the common language, since my mother did not know the other two. So I grew up speaking French. When my father was released, we joined him in Paris and later went to Norway, in 1946. My parents bought a house in a remote valley in the middle of southern Norway, where I went to school. I had to learn Norwegian in two varieties: Bokmål – my mother’s language – at home, and the local dialect outside. After more than 70 years, I still can switch between the two. That is the source of my interest in dialects.

I assume you are connected to Vahram Papazian – the greatest theater actor of Armenia in the 20th century, who was also from Constantinople.

I am probably not related to Vahram Papazian; otherwise I would have heard of him.

Now there is a small Armenian community in Norway, but in the past Norwegians bearing non-Norwegian surnames should have been something unusual, right?

I am Norwegian, although I have an Armenian surname. Having an Armenian surname certainly was unusual in Norway, and still is, although people nowadays are more accustomed to foreign names. I usually have to spell it. My father was not interested in his Armenian background, and never told me about it. He was sometimes contacted by Armenians in Norway, but never followed up, and the same goes for me. My father’s name was Hatchik (I do not know if the spelling is right), but he managed to change it into Axel, which worked as well in Norway and South Africa as in France. And my second name was Jirair: fortunately, I managed to get rid of it, which always was a burden. “Papazian” is strange enough in Norway. So none of us were fond of our first names.

Although your father was not interested in his Armenian background, in your first letter you mentioned you have had a certain interest in Armenian history.

I became interested in the dramatic story of the genocide, after reading Franz Werfel’s novel The Forty Days on Musa Dagh and Fridtjof Nansen’s book Gjennem Armenia [Through Armenia] from 1927. In particular, I wondered how such hatred between populations could arise. So I have read books about it, by both Armenian and Turkish (Taner Akcam) historians.

In 2003 you traveled to Armenia with your family. Was it something special to you or it was just one of trips you did?

I have been to Armenia once, just to see the country and the memorial for the genocide. Ararat was a terrific sight from Yerevan – too bad it lies in Turkey! But my youngest son Sjur is much more interested in his Armenian background, although he is only a quarter Armenian. He has contacts with Armenians in Norway, and is presently living in Yerevan, where he rents a flat. So maybe blood is thicker than water!