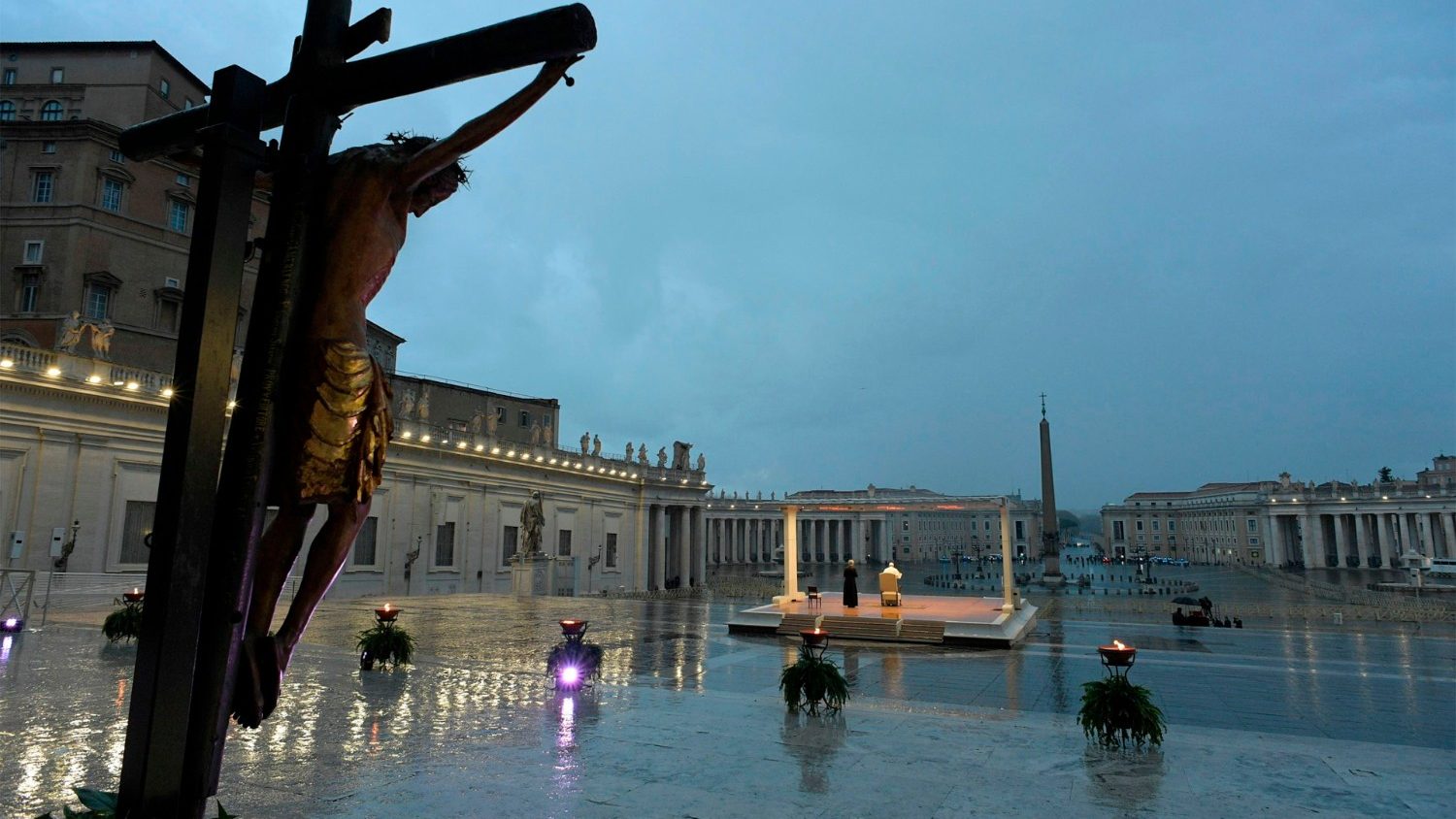 The conditions under which Easter of 2020 is being celebrated are not unprecedented. Popes and bishops over the centuries have promoted extraordinary measures to contain contagion. The plague of 1576 in Milan and in Rome in 1656 are examples.

Millions of Christians in the world are about to experience a unique Easter this year.  Because of the lockdown to avoid the Covid-19 infection, it will not be possible for the faithful in several countries to participate in the solemn liturgies of the Triduum [3 days preceding Easter] which commemorate the institution of the Eucharist and the passion, death and resurrection of Jesus.

There was no lack of discussions and even controversies in Italy against the bishops who complied with the decisions of the government.

A quick look at the history of past centuries helps to understand how the dramatic situation we are going through is.  It is not the first time that thousands of victims have been killed by a virus, with curbs on the ordinary life of Christian communities and limitations to churches and celebrations.

During the plague of 1656, Pope Alexander VII had acted with great determination to contain the contagion that would lead to one million deaths throughout the Italian peninsula. In a historical account reported in the volume, “Descrizione del contagio che da Napoli si comunicò a Roma nell’anno 1656” (Rome, 1837), we read: “Not only the civil communities […] but also the sacred ones were abandoned, namely, the pontifical chapels, the usual processions, the pious congregations, the solemnity of the offices in churches; closing those extraordinary festive occasions much loved by a lot of people”.

The Pope “promulgated a universal jubilee, without processions or visits to a few specific basilicas, so as to avoid crowding of people”.

Marco Rapetti Arrigoni, the Italian journalist, writer and author of articles on pandemics in history and the attitude of religious authorities, notes in his blog that the “Congregation of Health” [of the city of Rome dealing with the plague] had a system of quarantine based on the strict separation of the hospitalized in different parts of the city.  There were separate arrangements for the sick, the suspected cases and those convalescing.  “The purpose was swift isolation and transfer of those infected, with the compulsory quarantine of all those whom they came in contact with.”

In addition, Arrigoni notes, “the Congregation of Health, on the Pontiff’s mandate, also intervened to regulate the religious life of the city by introducing considerable limitations.” “Community Eucharistic adoration in the context of the celebration of the Quarantore [40 hours of adoration] was suspended and processions and sermons in the streets were banned. Celebrations and ceremonies were held behind closed doors and the ecclesiastical authorities were limited to private and personal forms of devotion and prayer.”

Despite the restrictions, Romans continued to visit the Church of Saint Mary in Portico, that housed the icon of the Blessed Virgin of the Portico, the protector of the city from plagues. Fearing that crowding could lead to the spread of the infection, the Congregation of Health ordered the church closed.

Just as the Rome of the Pope was concerned about the salvation of souls as well as the health of its people, so too were the authorities of the Ambrosian Church [in Milan].

When Milan was hit by a plague in 1576, the Governor of the city, Antonio de Guzman y Zuñiga, introduced restrictions on pilgrimages.  Arrigoni recalls that entry into the city was allowed only to small groups of a dozen people in possession of a “bill”, a document, issued by the health authorities of the territory of origin, certifying the absence of the symptoms of the pestilence.

Cardinal Charles Borromeo, Archbishop of the Ambrosian diocese, urged priests to help the sick, himself doing the same.  Arrigoni notes some interesting facts about the cardinal.

Aware of the risks of contagion and to avoid being a vector of the disease, the cardinal maintained a safe distance while conferring with his interlocutors.   He changed his clothes often and washed them in boiling water.  He purified everything he touched with fire and a sponge soaked in vinegar that he carried with him always.  While visiting his diocese, Cardinal Borromeo kept coins for alms inside jars full of vinegar.

To ask God to stop the epidemic, the Archbishop of Milan convoked four processions.  They could only be attended by adult men, divided into two rows, with a distance of 3 meters from one another.  The infected and those suspected of the contagion were barred.

Barefoot and with a rope around his neck, Cardinal Borromeo himself led the first procession from the Cathedral to the Basilica of Saint Ambrose.

The archbishop also proposed a general quarantine on all the citizens who had to lock themselves in their homes for 40 days.  An old report on the saintly archbishop notes that the cardinal did everything that could benefit the sick and the poor.

On 15 October 1576, the Court of Providence, accepted Cardinal Borromeo’s proposal and decreed a general quarantine for all the inhabitants of Milan.

On October 18, the cardinal issued a similar edict for the secular and regular clergy, ordering “ecclesiastics to stay at home”, exempting only priests and religious who took care of the spiritual and material assistance of the population.

The people of Milan in quarantine could not go to the church to pray or attend Mass. Saint Charles Borromeo made sure that the crossroads of the city were marked with crosses and altars, where Masses could be celebrated, with the faithful participating from far from their windows.

From mid-December, 1576, the spread of the epidemic seemed to slow down.  Despite the improvement in the situation, the authorities decided to extend the quarantine.  Even though the cardinal consented to the extension, he was sorry that the people could not go to the churches, not even for Christmas.