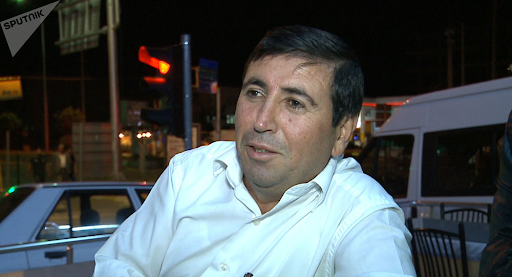 Cryptօ-Armenians of Western Armenia. which makes them more confident and stronger

The “Zartir, Lao” special project continues to find out what remains of the Armenian historical heritage in Western Armenia, who live on our historical lands – only Turks and Kurds or Armenian roots continue to sprout.

The mythological Mount Nemrut is located in the territory of present-day Turkey. The tomb and the statues, built on the top, are 2150 meters high, have a history of more than 2100 years. It is dated to 69 – 34 BC. In the middle of the sculptured 8-meter-long statue is the statue of Aramazd, with statues of Mihr and Artagnes on one side and the statues of the goddess of Kommagen and Antiochus I on the other. The king is depicted with the crown of Armenian Tigran the Great.

The devastating hand of centuries has also had an impact here, beating the statues of glory through earthquakes and winds. Archaeologists and historians consider the Nemrut statue the 8th wonder of the world, which is not inferior to the Egyptian pyramids or the Olympic statues of the Greek gods.

Nemrut is not the highest peak of the Armenian Highland, but from there the whole region is clearly visible. It is as if the vast expanse of the Euphrates Basin is in the palm of your hand, forcing you to realize what a land this is, a land for the preservation of which our forefathers have fought for thousands of years.

At the foot of Mount Nemrut are the cities of Kahta and Adiyaman. Adiyaman is one of the most Armenian-populated areas in Western Armenia. According to 1971 official data, 52 Armenian families lived in Adiyaman. Today, the number of Armenian families in Adiyaman is more than 1600, according to official data. Here were born the hero of the French resistance movement Misak Manushyan, the participant of the Artsakh liberation struggle Sargis Hatspanyan, the famous singer in Turkey Stepan Ilhan-Yepremyan and many more.

Adiyaman was also one of the largest concentration camps during the days of the genocide, where they gathered Armenians who had migrated from various parts of Western Armenia to take them to the Arabian deserts or simply to destroy them. In order to preserve physical existence, many Armenians have become Turks or Kurds, embracing Islam. One of such Armenians is Necati Bakiroglu. He not only returned to his Christian roots in the 2000s but also took practical steps to build an apostolic church in Adiyaman.

“Since childhood, other children have called us Armenian. Back then, we didn’t understand what that meant, but when years later a priest from Syria came here and began to tell what happened in 1915 and what nation Armenians were, we became more confident and stronger. For 100 years we have been fighting to stay Armenian. I give Armenian children Armenian education so that they do not forget about their roots. If we used to be silent and suffering before, today we are not silent, we are not scared and we do not suffer, ”he says.

Another Armenian from Adiyaman, Enver Polad, has been repeatedly pressured because of speaking about the Armenian identity aloud, but  he continues with the same persistence, at the same time feeling sorry for not only the residents of Turkey, but also the Armenians of the Republic of Armenia and the Diaspora.

“We were born here as Armenians, but it is not our will that many of us are Muslims. Here in our homeland, we are subjected to daily public and governmental pressure. Even when doing funerals, local imams often shy away from knowing that we are Armenians. But unlike others, we are here on our own land, in our homeland. That gives us strength. I wish our compatriots would accept us that way. “

According to various data, in Adiyaman, 15-20 percent of the population today has Armenian self-consciousness.