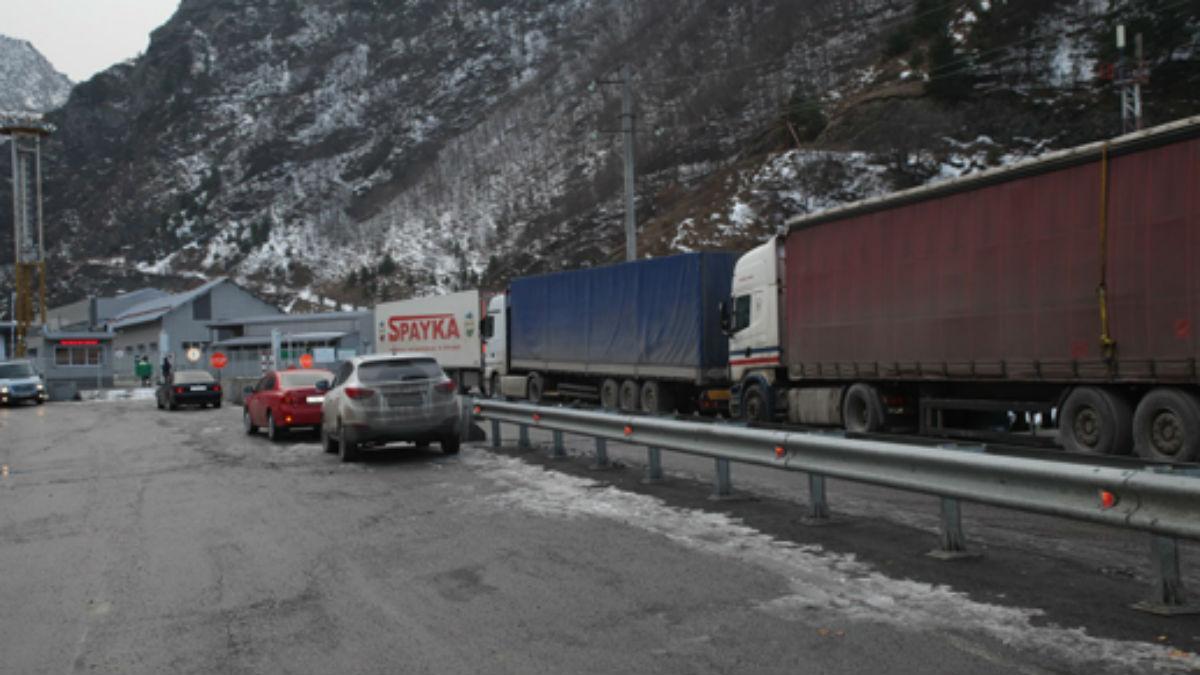 Armenia to Have a “Green Zone” on the Georgia-Russia Border

Georgia and Russia will provide a “green zone” for Armenian cargo at the Upper Lars checkpoint on the Russian-Georgian border.

Armenia’s Prime Minister Nikol Pashinyan held a late-evening meeting with Armenian importers and exporters to announce that agreements had been reached with Russian and Georgian partners to ease the movement of cargo to Armenia.

Earlier on the weekend, Pashinyan had phone conversations with his Georgian and Russian counterparts Giorgi Gakharia and Mikhail Mishustin.

“I can say that we have been working with our Georgian and Russian partners in recent days and yesterday we came to an agreement that both Georgia and Russia will provide a “green zone” for Armenia-bound EAEU freight, which means that a special corridor will be available through the territory of Georgia and the Upper Lars checkpoint. In the meantime, we will have to work hard in order to give effect to the aforementioned agreements,” stated Pashinyan.

Armenia closed all its borders due to the coronavirus outbreak. Because of this geographic lockdown, people fear that there will be shortages of basic goods and food.

In response to these concerns, Pashinyan stressed that Armenia has sufficient stocks of supplies available in the country.

“We also need to understand how we can coordinate export and import issues during this period so that the agreements we have had with the political leadership of Russia and Georgia can be implemented properly,” he added.

More than seventy percent of Armenia’s trade travels via the territory of Georgia, while the rest goes via Iran. Armenia’s two other borders with Turkey and Azerbaijan remain closed since the beginning of the 1990s.