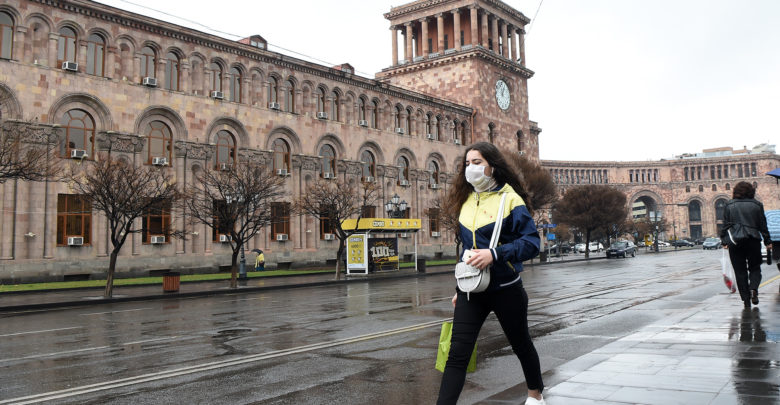 YEREVAN — Armenia on Monday declared a state of emergency until April 14 to slow the spread of the novel coronavirus, and postponed a referendum on changes to the Constitutional Court until after the emergency.

Armenia, a country of 3 million people, had reported 52 coronavirus cases as of the end of Monday, the highest number among countries in the South Caucasus region.

All educational institutions will remain shut until the end of the emergency, and the borders with neighboring Georgia and Iran will be closed, the government said.

Foreigners from countries with a high incidence of coronavirus will be barred from entering, while Armenian citizens will be able to leave only by air. The transportation of goods will continue.

Public events and mass gatherings with over 20 people are also banned.

The referendum, which had been planned for April 5, is due to decide on the suspension of seven judges who were appointed before a peaceful revolution against corruption and cronyism brought Prime Minister Nikol Pashinyan to power two years ago.

Armenia’s neighbor Georgia said it would ban all foreigners from entering for two weeks from March 18 in an effort to stem the spread of the coronavirus.

Georgia has confirmed 33 cases, the highest number in the South Caucasus region. Two patients have recovered while 637 people are in quarantine. Many restaurants, cafes and bars in Tbilisi, the capital, closed their doors on Monday on government advice.

Winter resorts in Georgia, a country of 3.7 million that is a popular tourist destination, will shut down from Tuesday.

(Reporting by Nvard Hovhannisyan in Yerevan and Margarita Antidze in Tbilisi; Editing by Kevin Liffey and Leslie Adler)

Photo by Hyetert via Anadolu A