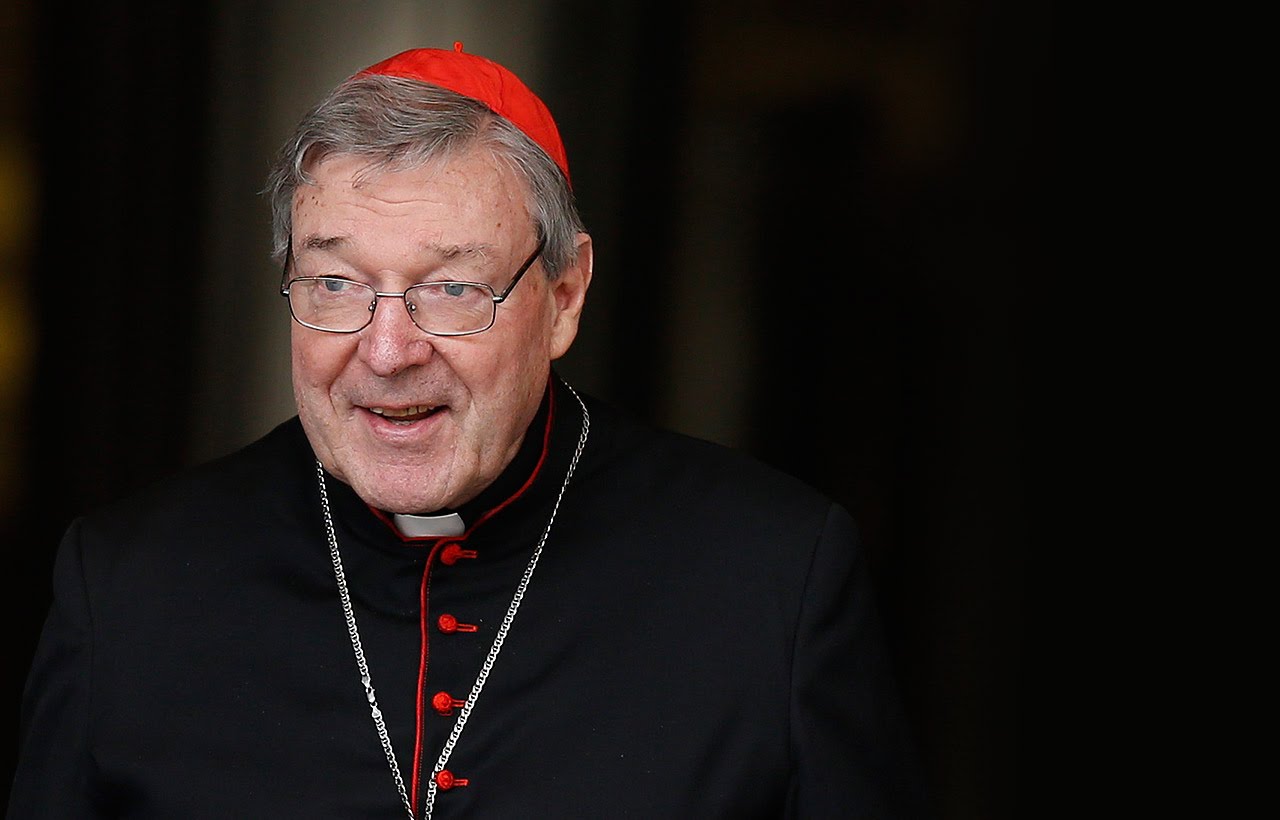 While Expressing ‘Respect’ for Australian Courts & Closeness to Victims, Vatican Had Recalled He Has Maintained His Innocence

At the hearing, which began yesterday and continued today, the members of the High Court did not decide whether to accept or deny Cardinal Pell’s request to appeal an earlier conviction for the sexual assault. They delayed giving their judgment about this until a later date.

The article below was published in ZENIT on August 21, explaining the relevant background.

In March, Cardinal Pell was given his sentence of six years, with possible parole after three years and eight months. The Cardinal’s appeal was heard by a panel of three judges of the Supreme Court, June 5-6. Today, Aug. 21, at 9:30 a.m. in Melbourne, the judges handed down a two to one ruling, dismissing the appeal.

The Cardinal maintains his innocence and will appeal their decision to the High Court of Australia.

The Director of the Holy See Press Office, Matteo Bruni, issued the following statement in Italian and English this morning, which reaffirms ‘respect’ for the Australian judicial system and closeness to victims of abuse, but reminds that Cardinal Pell “has maintained his innocence” and “has the right to appeal to the High Court.

Here is the full text:

“While reiterating its respect for the Australian judicial system, as stated on 26 February after the first instance verdict was announced,” the statement began, “the Holy See acknowledges the court’s decision to dismiss Cardinal Pell’s appeal.”

“As the proceedings continue to develop,” it reminded, “the Holy See recalls that the Cardinal has always maintained his innocence throughout the judicial process and that it is his right to appeal to the High Court.”

“At this time, together with the Church in Australia, the Holy See confirms its closeness to the victims of sexual abuse and its commitment to pursue, through the competent ecclesiastical authorities, those members of the clergy who commit such abuse,” the statement concluded.

Cardinal Pell’s spokesman also issued a brief statement after this ruling, confirming they will appeal and he maintains his innocence.

“Cardinal Pell is obviously disappointed with the decision today. However his legal team will thoroughly examine the judgement in order to determine a special leave application to the High Court.

“While noting the 2-1 split decision, Cardinal Pell maintains his innocence.
We thank his many supporters,” it concluded.

The Australian Bishops Conference also issued their own statement, along with its president, Cardinal Mark Coleridge; Archbishop Anthony Fisher of Sydney; and Archbishop Comensoli of Melbourne. Each of the statements can be found at the end of this article.

In response to journalists’ inquiries, Matteo Bruni, later this morning, also clarified questions on the progress of the internal Church investigation that had been opened by CDF, following the sentence.

“As in other cases,” he stated, “the Congregation for the Doctrine of the Faith is awaiting the outcome of the ongoing proceedings and the conclusion of the appellate process prior to taking up the case.”

“As was stated by the Holy See Press Office on 26 February, the Holy Father had already confirmed the precautionary measures imposed on Cardinal Pell upon his return to Australia, that is, as is the norm, the prohibition from exercising public ministry and from any voluntary contact whatsoever with minors,” it concluded.

On Feb. 26, the Holy See Press Office Director ‘ad interim’ Alessandro Gisotti said that with maximum respect to Australian authorities and the country’s judicial system, the Holy See awaits the results of the appeal process, , in response to the court judgments in Melbourne, Australia, regarding the Australian Cardinal who had been Prefect of the Vatican Secretariat for the Economy, until his term expired the month before.

Cardinal Pell has insisted that he has returned to Australia to clear his name of false sexual abuse charges against him. Cardinal Pell is no longer an advisor or member of the Pope’s Council of Cardinals. The Pope has thanked him for his service. The court had found him guilty of historic sexual abuses against minors.  The statement stated that this is “painful news, that as we are well aware, has shocked numerous people, not only in Australia,  and that “as already affirmed in other occasions, we reiterate maximum respect for the Australian judicial authorities.”

“Always with this respect,” it continued, “we now wait for the outcome of the appeal process, remembering that Cardinal Pell has reiterated his innocence and has the right to defend himself until the last level.”

The statement did also note though, that while the cardinal is appealing his appeal, until there is a definitive ruling, “Cardinal Pell is prohibited from public ministry” and “contact, in any way or form, with minors.”

Vatican Press Office, Greg Burke, on May 1, 2018, in response to the court judgments in Melbourne, Australia, had stated: “Last year, the Holy Father granted Cardinal Pell a leave of absence so he could defend himself from the accusations. The leave of absence is still in place.” The text was published that morning in Rome, after the decision of the Melbourne court to have the Prelate appear before a tribunal.

At that time, the court dismissed several charges but still was still having him stand trial. The Cardinal rejected the accusations brought against him and plead not guilty. The nature of the alleged cases was not identified.

This was Greg Burke’s declaration: “The Holy See has taken note of the decision issued by judicial authorities in Australia regarding His Eminence Cardinal George Pell. Last year, the Holy Father granted Cardinal Pell a leave of absence so he could defend himself from the accusations. The leave of absence is still in place.”

“The Holy Father,” it noted, “having been informed by Card. Pell, has granted the Cardinal a leave of absence so he can defend himself.’

“The Holy Father,” it added, “who has appreciated Cardinal Pell’s honesty during his three years of work in the Roman Curia, is grateful for his collaboration, and in particular, for his energetic dedication to the reforms in the economic and administrative sector, as well as his active participation in the Council of Cardinals (C9).”

“The Holy See expresses its respect for the Australian justice system that will have to decide the merits of the questions raised. At the same time, it is important to recall that Card. Pell has openly and repeatedly condemned as immoral and intolerable the acts of abuse committed against minors; has cooperated in the past with Australian authorities (for example, in his depositions before the Royal Commission); has supported the Pontifical Commission for the Protection of Minors; and finally, as a diocesan bishop in Australia, has introduced systems and procedures both for the protection of minors and to provide assistance to victims of abuse,” it concluded.