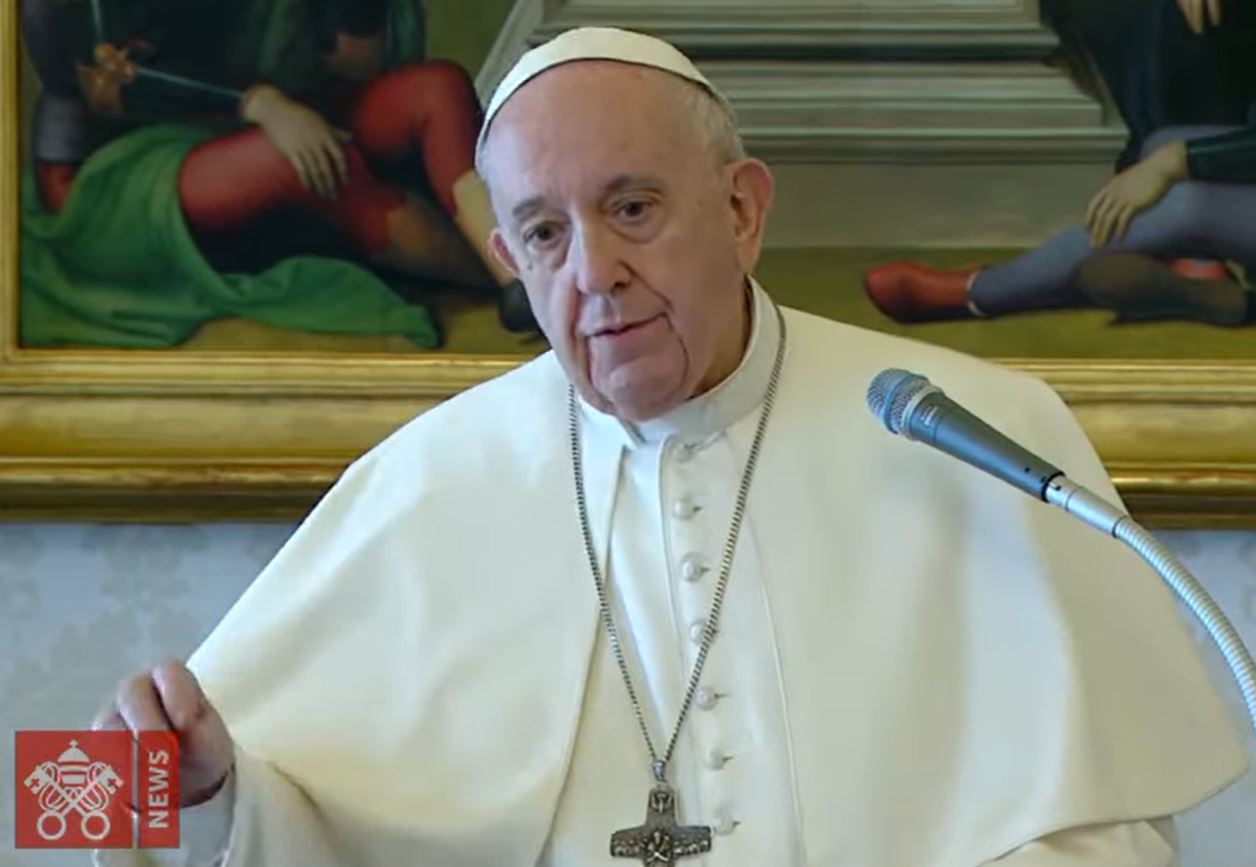 Pope Appeals for End to Suffering in Syria

‘We must not look away from this humanitarian crisis, but give it priority over any other interest’

Pope Francis on March 8, 2020, appealed for an end to the suffering in Syria, where myriad people have been dislocated by the ongoing violence.

His appeal came after praying the noonday Angelus from the Papal Library, a departure from the normal presence in St. Peter’s Square due to coronavirus concerns.

“I greet associations and groups that engage in solidarity with the people of Syria and especially with the inhabitants of northwest Syria, forced to flee from the recent developments of the war,” Pope Francis said. “I renew my great apprehension regarding the inhuman situation of these defenseless people, including many children, who are risking their lives. We must not look away from this humanitarian crisis, but give it priority over any other interest.”

Conflict has forced nearly a million people, more than half of them children, to flee from 45 percent of Idlib governorate in North-West Syria, pushing them into inhumane living conditions in overcrowded camps, according to Save the Children.

A series of satellite images, analyzed by the Signal Program at Harvard Humanitarian Initiative, show that several areas in the South and East of Idlib governorate have been intensely damaged by the offensive. In the areas examined, the researchers estimate that nearly one-third of buildings have been significantly damaged or destroyed. With most of these areas inhabitants having fled before or during the offensive, the destruction of homes and vital civilian infrastructure will make it nearly impossible for families to return in the near future, according to the aid organizations.