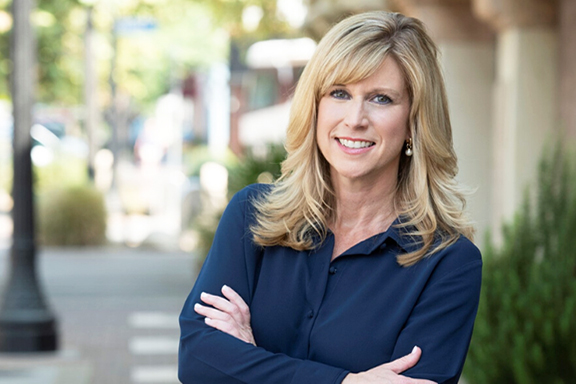 Notably, the 25th District is home to thousands of Armenian-Americans, many of whom voiced their support for Smith, especially as she ran against the host and creator of “The Young Turks Show” Cenk Uygur. Armenians have protested and demanded the show change its title as it is named after the architects of the Armenian Genocide and serves to normalize one of the greatest crimes against humanity. Uygur, who raised over $1 million dollars for this race, was soundly defeated by Smith as she garnered close to 29 percent of the vote in a crowded field of over 13 candidates, while he on the other hand was barely able to muster 5.3 percent of the vote.

“As an organization relentlessly advocating for the advancement of the Armenian Cause, we are always vigilant against any manifestation or attempted denial of the Armenian Genocide among many other top priorities,” remarked ANCA-WR Chair Nora Hovsepian, Esq. “The results of the March 3 Primaries in California’s 25th Congressional District demonstrate our community’s commitment and strength — as active participants in the civic process — both in supporting our friend Christy Smith as well as safeguarding against any attempt to trivialize or outright deny the Genocide perpetrated against the Armenian, Greek, and Assyrian nations.”

Previously, during her tenure as an Assemblymember, Smith voted in favor of recognizing April 24th as the “State of California Day of Commemoration of the 104th Anniversary of the Armenian Genocide” and has called on the President to formally recognize the Armenian Genocide.

Launched in 2012, the HyeVotes initiative, in coalition with a network of non-profit organizations, student groups, and community members, is intended to register and encourage the community to vote in elections while also serving as a source for voter information. For more information, please visit: www.hyevotes.org.

The Armenian National Committee of America – Western Region is the largest and most influential nonpartisan Armenian-American grassroots advocacy organization in the Western United States. Working in coordination with a network of offices, chapters, and supporters throughout the Western United States and affiliated organizations around the country, the ANCA-WR advances the concerns of the Armenian-American community on a broad range of issues in pursuit of the Armenian Cause.