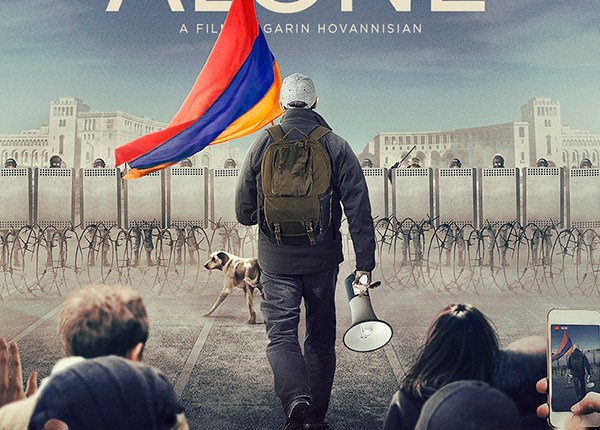 I AM NOT ALONE Documentary: Armenian Revolution Coming to U.S. Theaters April 10

LOS ANGELES – The highly anticipated Armenian revolution film I AM NOT ALONE has just dropped its official trailer and announced its United States theatrical release. After sweeping awards at the Toronto International Film Festival (TIFF), AFI Fest, and Doc NYC, the thrilling documentary will now open in theaters across the country: from April 10 in Los Angeles, April 17 in New York and Fresno, and April 24 in Washington, DC, Boston, and more.

With unprecedented access to both the revolutionary Nikol Pashinyan and the ruler Serzh Sargsyan, the film follows the incredible true story of the revolution that rocked Armenia in the spring of 2018. The film has been praised as “masterful” by Vice and “an inspiring portrait of democratic self-determination” by The Hollywood Reporter, clocking in a 100% critics score on Rotten Tomatoes and a 9.3 audience rating on IMDb.

“In 2018 the Armenian people erupted in the most inspiring and iconic revolution of our lifetime,” said director Garin Hovannisian (1915, Truth to Power). “And now we’re proud to deliver this political fairytale to audiences across the country.”

“I’m excited for everyone to see this film in theaters,” said Tankian, who also composed the original score to I Am Not Alone. “The gift of the revolution is a universal one, showing people that positive, progressive change is totally possible in these divisive times.”

Sign up for the film’s newsletter at iamnotalonefilm.com to be the first to hear when tickets go on sale.