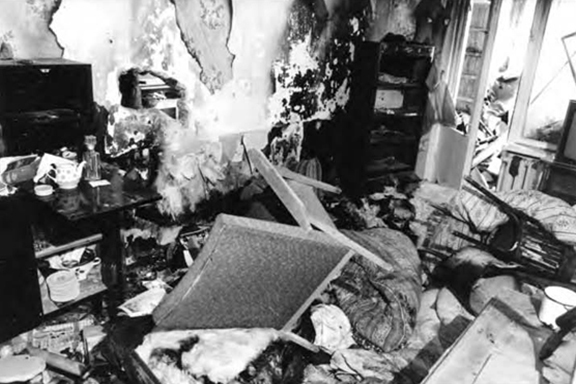 WASHINGTON—Over a dozen U.S. House members condemned the brutal massacres of Armenians in the Azerbaijani cities of Baku, Sumgait, and Kirovabad from 1988 to 1990, urging the Aliyev regime to end its ongoing aggression against Artsakh and Armenia in a series of statements for Congressional Record shared throughout the month of February, reported the Armenian National Committee of America.

The calls for justice echoed moving remarks offered during the Capitol Hill commemoration of the 30th Anniversary of the Baku pogroms held earlier this month.

“We join with friends of Armenia and advocates of human rights across America in thanking House leaders for marking the 30th Anniversary of the Baku pogroms and the related attacks in Sumgait, Kirovabad, and Maragha,” said ANCA Government Affairs Director Tereza Yerimyan. “In pausing to remember these atrocities, we commemorate the lives of those who were lost, while also helping to protect those who survived by both condemning Azerbaijan’s ongoing aggression and supporting Artsakh freedom.”

Congressional Armenian Caucus Co-Chair Frank Pallone (D-NJ) was the first this year to honor the memory of the Baku and Sumgait victims, stating “It is critical for the United States government to recognize and denounce violent assaults against any civilians. I continue to stand with the Armenian people in condemning this horrific massacre. Tragically, the Azerbaijani government’s approach toward the Armenian people has changed little since the pogroms were initiated. We still hear the same violent rhetoric and witness intimidation tactics aimed at the people of the Republic of Artsakh.”

Fellow Caucus Co-Chair Jackie Speier (D-CA), who along with Rep. Pallone visited Artsakh last year, offered powerful remarks on the House floor condemning the attacks, noting, “If the [U.S.] Administration won’t help those who stand for peace and democracy, Congress must. The legacy of Baku, Sumgait, and Kirovobad remind me why. We must fight for the memories of those we lost, for their dreams of safety and security, and for the promise of a free Artsakh.”

Armenian Caucus Vice-Chair Adam Schiff (D-CA) stated, “The pogroms accomplished their purpose in displacing the entire Armenian community from their homes in Azerbaijan, but in the decades since, Azerbaijani authorities have continued to fan the flames of ethnic hatred, using it as a tool to distract their populace from the corrupt and repressive regime in Baku. The anniversary of Sumgait is a reminder of the consequences when aggression and hatred grow unchecked.”

Rep. Linda Sanchez (D-CA) marked the anniversary of Azerbaijani attacks by also calling for expanded aid to the Republic of Artsakh. “On this anniversary, it is vital that we recommit ourselves and United States policy to healing the pain caused by anti-Armenian aggression,” stated Rep. Sanchez. “I urge the Trump Administration to support life-saving programs like demining assistance in Nagorno-Karabakh, as well as officially recognize the Republic of Artsakh. It is past time to implement carefully crafted, bipartisan proposals to cement peace in the region.”

“These were crimes against humanity that have still gone unrecognized by Azerbaijan,” stated Massachusetts Congresswoman Katherine Clark (D-MA), who went on to “call upon [the Azerbaijani] government to acknowledge and condemn these acts of violence, actively prosecute the perpetrators of these crimes, and take all appropriate action so that these atrocities never happen again.”

Texas Republican Pete Olson (R-TX) noted, “We have a solemn duty to remember the devastation the Armenian people suffered—and demand a world where freedom can be found for all people, and where events like the Baku and Sumgait Pogroms are relegated to a dark and distant past.”

Illinois Congressman Raja Krishnamoorthi (D-IL) called on the “Azerbaijani government to acknowledge that these atrocities occurred, and that it seeks justice for the victims by prosecuting those who committed these horrific acts of violence. I also call upon the government of Azerbaijan to take all appropriate action to prevent further tragedies of this nature, and to do whatever is necessary to begin the healing process for the families of the victims. I call on the Azerbaijani government to respect the rights of all minorities living within its borders.”

Fellow Illinois Congresswoman Janice Schakowsky (D-IL), concurred, stating, “For over 30 years, Azerbaijan has attempted to cover up these crimes against humanity and has propped up the perpetrators of the Baku and Sumgait Pogroms as national heroes. It is critical that the United States government recognize and denounce this ethnically motivated violence and attacks on innocent children, women, and men in Armenian communities. We must all be aware of the history of violence targeting the Armenian people.”

House Rules Committee Chairman James McGovern (D-MA) explained, “It is clear that the pogrom of Armenians in Baku was not a spontaneous and one-time event, but the culmination of a series of ethnic violence waged against Armenians.”

Central Valley Congressman TJ Cox (D-CA) concurred, stating, “The Azerbaijani leadership has yet to be held accountable for this violence against its Armenian civilians. Instead of condemning these atrocities of decades ago, the Aliyev government continues holding a militant policy against Armenians, especially within the region of Nagorno-Karabakh. I call upon my colleagues to join me in condemning this atrocity, strengthening our ties to the Republic of Artsakh, and holding Azerbaijan accountable for its actions.”

Maryland Congressman Jamie Raskin (D-MD) explained, “When human beings are denied their universal freedoms, and when governments put in place dehumanizing rhetoric, policies, and laws; then hatred, violence, and suffering follow. I urge my colleagues to stand with me in recognition of the plight suffered by ethnic Armenians thirty years ago and to stand vigilant against the use of ethnic and religious hatred to stir violence against minorities here in the United States and around the world.”

Michigan Congressman Andy Levin (D-MI) stated, “During these tragic events 30 years ago, Armenians faced unthinkable horrors. Press reports describe Armenians tossed out of their homes, their possessions thrown into bonfires. Others were killed by mobs. As we condemn this violence and remember those who were lost, we must also look forward and reaffirm our commitment to the Armenian people.”

This year marks the 30th anniversary of the Baku pogroms, one of the most violent anti-Armenian massacres orchestrated by Azerbaijan during the early years of Artsakh’s ultimately successful democratic movement for independence. Over the course of seven days, Azerbaijani mobs killed dozens and forced hundreds of thousands among the centuries old Armenian population in Azerbaijan to find safe haven in Armenia and countries around the world.

The Baku attacks were the culmination of earlier anti-Armenian violence aimed at killing and driving Armenians from their homes which began on the evening of February 27, 1988 in Sumgait, Soviet Azerbaijan. Within hours, these attacks turned into a series of well-documented pogroms during which Sumgait’s Christian Armenian residents were indiscriminately murdered, raped, and maimed by Azerbaijanis.

Despite Sumgait’s 30-minute proximity to Baku, police allowed the pogroms to go on for three days, during which Armenians were burned alive and thrown from windows. Credible sources report that hundreds of Armenians were murdered. Soviet authorities, who blocked journalists from the area, estimated that over 30 were killed and 200 injured. Other similarly violent pogroms took place in Kirovabad and Maragha.