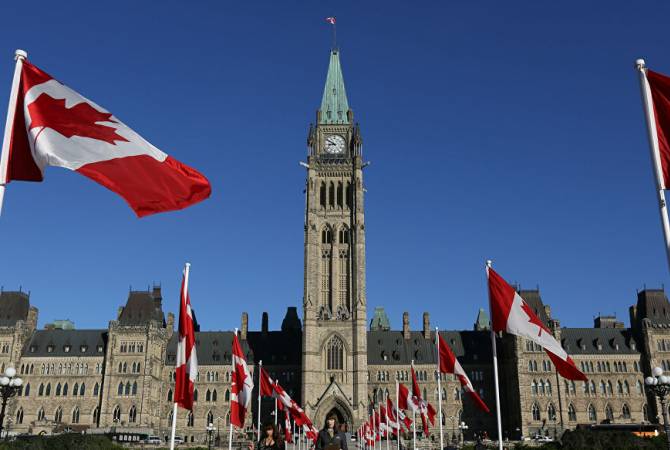 YEREVAN, FEBRUARY 28, ARMENPRESS. Members of Parliament of Canada made strong statements condemning the Armenian massacres in Baku and Sumgait.

The lawmakers stated that today all Armenians of Canada are paying a tribute to the memory of thousand of Armenians who were killed in massacres in Baku and Sumgait.

MP Emmanuella Lambropoulos said the anniversaries of Baku and Sumgait pogroms force them to talk about the topic as they live in a country where different ethnic and religious minorities can take part in the country’s politics.

“30 years ago the Armenian massacres took place in the Azerbaijani capital of Baku. In 7 days hundreds of Armenians were subjected to violence, were killed and deported from the city. With these crimes the ethnic cleansings launched against Armenians ended in the country. Nearly 500, 000 Armenians were displaced and spread all over the world, including to Canada. The massacres of Armenians also took place in Sumgait which shocked the whole world”, she said.

Lawmaker Bob Saroya urged the Canadian parliament to remain adhered to the commitment on protecting human rights and preventing the crimes against humanity. “In response to demand of the Nagorno Karabakh people to self-determination, the Azerbaijani authorities organized massacres and ethnic cleansings of the Armenian population in Sumgait and the capital city of Baku. These massacres are evidence of xenophobia, hatred and discrimination against Armenians in Azerbaijan, which, unfortunately, still continue”, the MP said.

Another MP Faycal El-Khoury called the Baku and Sumgait pogroms a terrible crime against humanity.