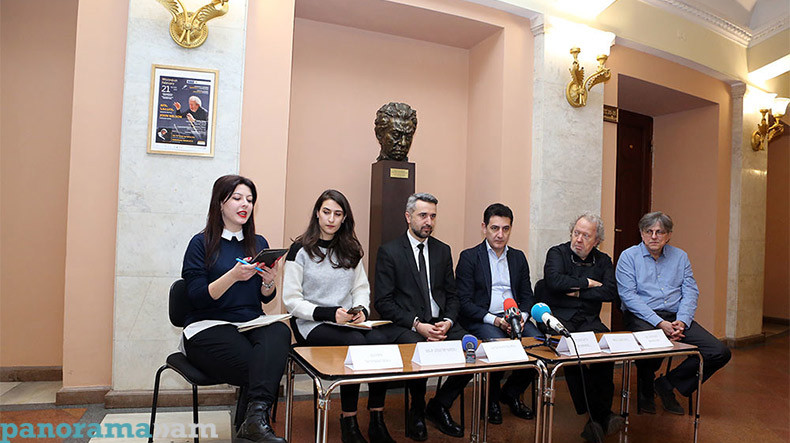 Armenia to mark Beethoven’s 250th anniversary with a special festival

The Armenian National Philharmonic Orchestra will open the 2020 season with a concert dedicated to the 250th anniversary of Beethoven. In 2020, the world will celebrate Beethoven’s 250th birthday. The Beethoven anniversary year has officially launched on December 16, 2019 and will continue until December 17, 2020.
The opening concert scheduled for February 21 will feature one of the most famous works of the renowned composer – the 5th symphony to be conducted by Grammy award-winning conductor John Nelson. The concert programme also includes the Armenian premiere of the prologue from Maskarade by Nielsen and Piano Concerto No. 17 by Mozart.

As the Philharmonic Orchestra reported in a press release, apart from Beethoven’s, anniversary this year marks also the 95th anniversary of the Orchestra that will be celebrated through a special festival entitled “A Pilgrimage to Beethoven.”

The Orchestra plans a series of concerts throughout the year to perform Beethoven’s nine symphonies and present his chamber and vocal heritage in different concert halls of Armenia.

As part of the festival, a two-day symposium will take place in Dilijan that will bring together number of international and local experts in Beethoven music. Zaven Vardanyan and Eduard Topchjan will act as the Artistic Directors of the Beethoven festival in Armenia.