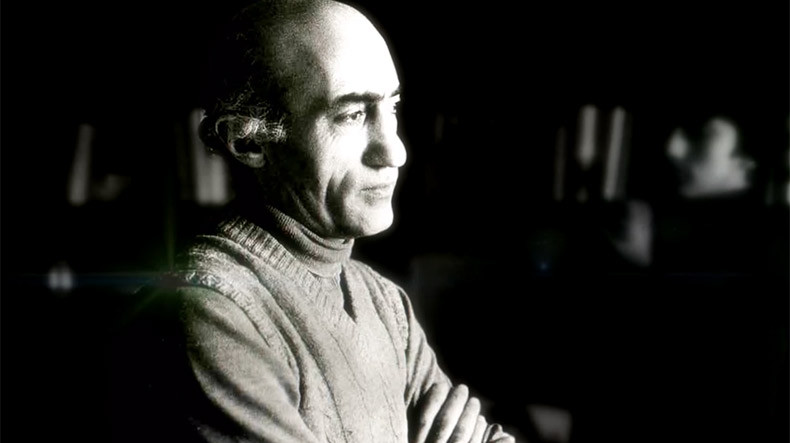 Today, February 12, marks the birthday anniversary of one of the greatest Armenian writers of the 20th century, Hrant Matevosyan, whose works have served as scenarios for many Soviet Armenian films. He would have turned 85 today.

Hrant Matevosyan was born in 1935 in the village of Ahnidzor (Lori Province). He studied at the village school then he continued his education at the Pedagogical University of Kirovakan (now Vanadzor).

In 1952 he moved to Yerevan where he worked at a printing house. From 1958 until 1962, Matevosyan was a proofreader at the Soviet Literature (Sovetakan Grakanutyun) magazine and the Literary Newspaper (Grakan Tert).

Matevosyan started his literary career in 1961 with his famous essay Ahnidzor. His first story collection, August, was published in 1967. The writer’s literary pieces often reflected his bright recollections of childhood, unveiling truths of life. Matevosyan remained true to the traditional trend of the Armenian literature to present the village life, but in a new manner.

He headed the Writers’ Union of Armenia from 1995 until 2000. His literary pieces have been translated into around 40 languages, including Russian, English, French, German, Lithuanian, Estonian, Georgian, etc.

In 1996, Matevosyan was awarded with the St. Mesrop Mashtots Order.

The author died on 12 December 2002 at the age 67. He is buried at Komitas Pantheon in Yerevan. The writer is survived by two children, a son and a daughter.