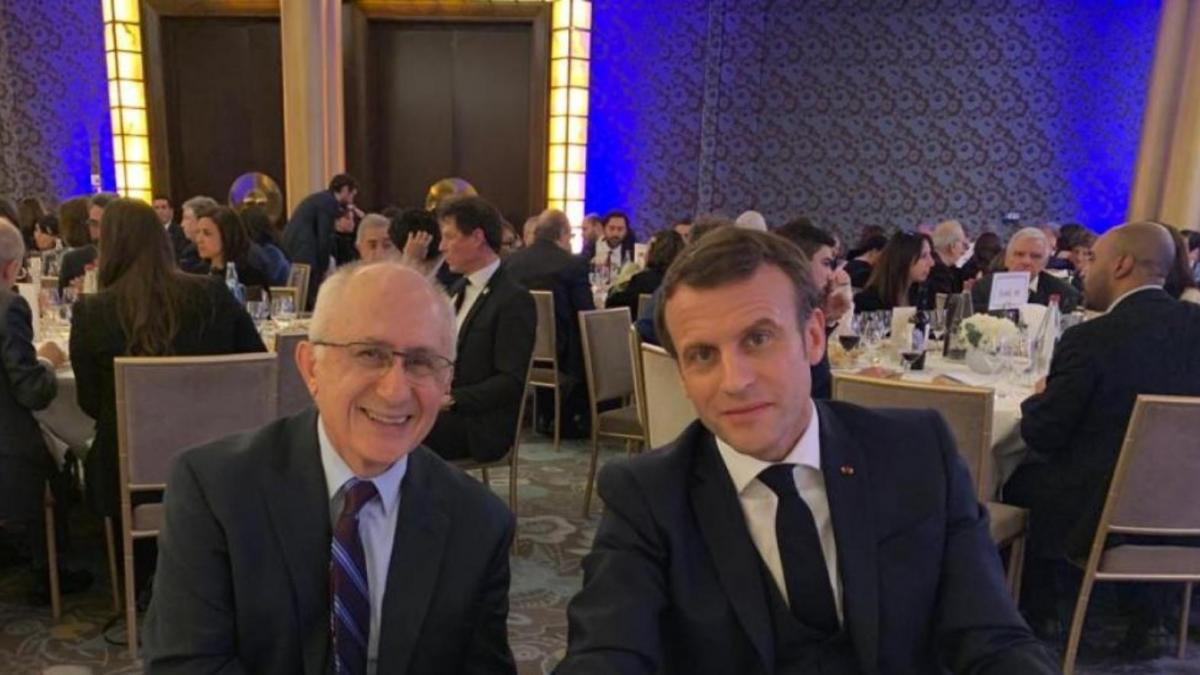 Recognition of Armenian Genocide is precondition for peaceful society in Turkey, historian says

The article was originally published on Ahvalnews.com

Last year, Garo Paylan, a Turkish Armenian member of parliament for the Peoples’ Democratic Party (HDP), was awarded for contributions to the fight for democracy and human rights in Turkey and around the world. This year, historian Taner Akçam, one of the leading authorities on the Armenian Genocide, was the guest of honour at the 7th annual dinner of the Coordinating Council Of The Armenian Organizations in France (CCAF).

The event brought together around 500 personalities from media and business and several local and national political leaders, alongside French President Emmanuel Macron. Akçam, a professor of Armenian genocide studies at Clark University in Massachusetts, is one of the first Turkish intellectuals to acknowledge and openly discuss the Armenian Genocide. While most historians agree the mass killing of Armenians by Ottoman forces during World War One constituted genocide, Turkey says thousands were killed on both sides of bitter fighting in eastern Anatolia.

The professor, whose last book has just been translated into French by the prestigious CNRS editions, has been applauded by the audience for having worked since more than 30 years on the recognition of the 1915 genocide by his country. Macron praised the struggle of the Turkish historian, and his passion to “denounce the denial” of the Turkish state.

“One cannot build any great history on a lie, no great policy can be based on revisionism or denialism,” French President said in his address to the Armenians of France.

In a sharp and moving speech, Akçam had set the tone, calling out to Western leaders for their permissiveness towards Turkey.

“In truth, the ties between denial and contemporary political problems are strong and cannot simply be ignored. This is something that most European and U.S. politicians fail to understand and is the reason most Western states pay lip service to the recognition of the Armenian genocide, while simultaneously continuing their business-as-usual relationship with Turkey. It reminds me a little bit of Mafia bosses who attend church every Sunday, yet continue their criminal activities the moment they exit the building,” Akçam said, causing a murmur among attendees.

Denial is not only about an ideological approach to the past, nor is the demand for recognition of historical crimes merely an expression of a moral conviction regarding past events, according to the historian.

“Denialism is a structure, one that cannot simply be relegated to past atrocities. The denialist structure has produced and continues to nurture policies in present. In this regard, it would be appropriate and reasonable to compare Turkish denialism with the racist Apartheid regime of South Africa,” he said.

Akçam maintained that Turkey’s acknowledgement of the atrocities of its predecessor, the Ottoman empire, is a precondition for its people to be able to live in peace and tranquillity, not only with one another but with the other people of the region.

“Those who forget their past are condemned to relive it,” as  Italian Jewish writer Primo Lévi wrote in If This Is a Man.

Macron seemed that he received the message. Earlier in the afternoon, he denounced “Turkey’s provocations ” in the eastern Mediterranean and the deployment of Turkish-backed Syrian mercenaries to Libya in violation of the ceasefire after a meeting with the Greek prime minister. His relations with Turkish President Recep Tayyip Erdoğan have been particularly tense for the past few months. After Macron’s criticisms toward NATO’s ineffectiveness to stop Ankara’s recent Syria offensive, claiming that the alliance experiencing a “brain death”, the French president had been targeted by his Turkish counterpart.

The unsolved question of the fight against denial has put the idea of a law to penalise denial back on the table. France recognised the Armenian Genocide in 2001, but the contestation of the genocide is not punishable according to the law despite France’s Armenian communities long-standing demand. Attempts to pass a law in this direction failed in 2008 and 2011. A text was finally adopted by the National Assembly and the Senate in 2016, but it was held by the Constitutional Council. The Armenians of France did not accept the decision and their organisations campaigned for a new legislative process.

“I share your values and your struggles, it remains to find the right legal path to get there,” Macron promised during his speech at the event.