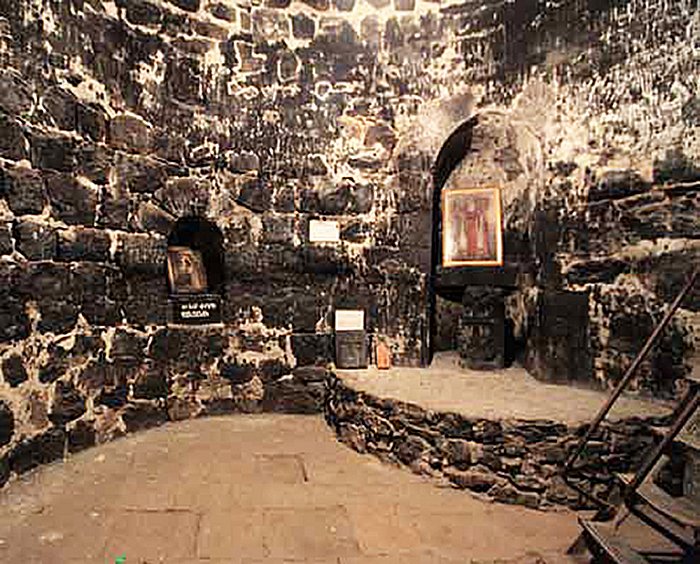 The foundations of an aqueduct – a water conduit for supplying water from sources located above them – are located in the vicinity of the ancient monastery of Khor Virap.

Khor Virap is an Armenian monastery located in the Ararat plain in Armenia. Image credit: Asbarez

In total, within the framework of the Armenian-German program, 20 foundations were found, located over a length of half a mile.

The foundations of an aqueduct date back to the early second century AD and shed light on the water supply system of ancient Artashat, the capital of ancient Armenia, founded by King Artashes I in 176 BC.

The exact location of Artashat was first identified during the 1920s, with archaeological excavations beginning in 1970.

Artashes also built a citadel (which was later named Khor Virap and gained prominence as the
the location where Gregory the Illuminator was to be imprisoned by Trdat the Great) and added other fortifications, including a moat.

The possibility that the aqueduct was used to supply water from the Garni River cannot be excluded, according to Avetisyan. Asbarez reports that the research will continue in the current year.

Apart from the aqueduct, archaeologists have yet to study another major find: geomagnetic studies have revealed the surviving foundations of large palace buildings in the vicinity of modern Artashat, near the 13th hill. All foundations are now located on privatized lands, which means that, in order to excavate, archaeologists must come to an agreement with the current owners.

Pavel Avetisyan, the director of the Institute of Archeology and Ethnography of the National Academy of Sciences of Armenia informed that the excavations will continue, shedding more light will on the rich history of the ancient capital of Armenia and the region.

The town of Artashat has a long and rich history, as a settlement in ancient Artashat has existed since the Urartian period. From 190 to 189 BC, Armenia gained independence from the Seleucids.

Following independence, its first king was Artashes I, who later founded Artashat (“joy of Artashes”).