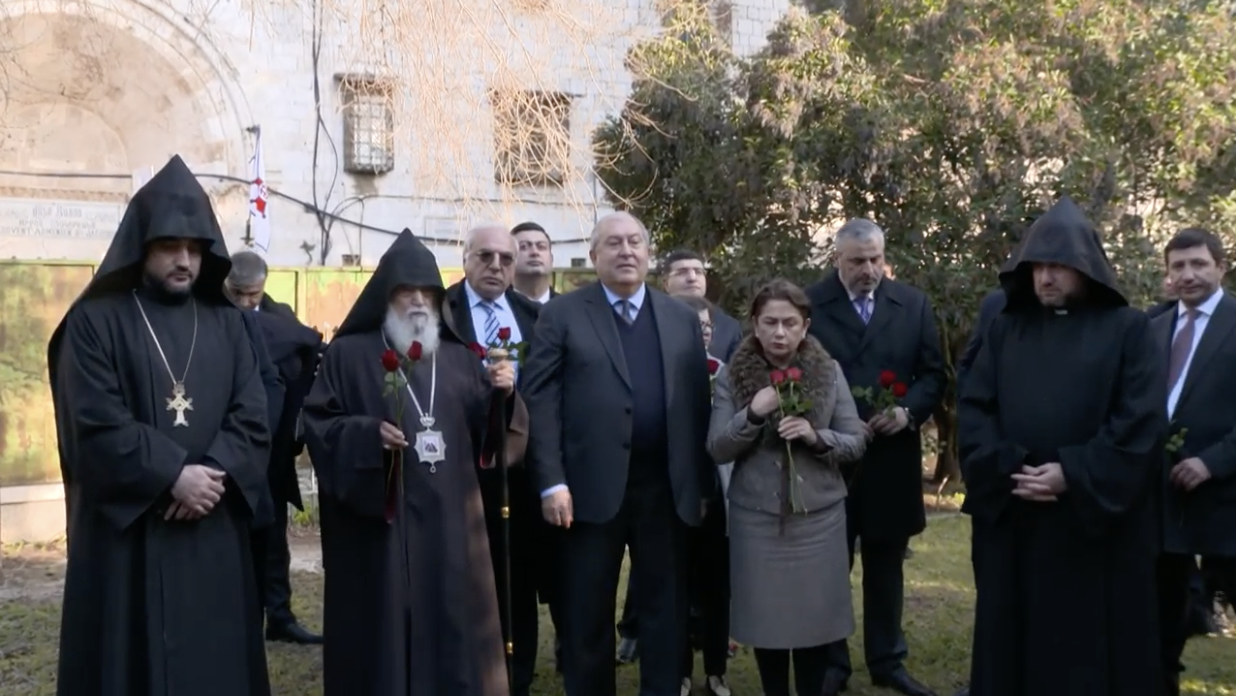 YEREVAN. – President of Armenia Armen Sarkissian and Mrs. Nouneh Sarkissian visited the Armenian Cathedral of Saint James in Jerusalem, reported the office of the President.

President Sarkissian also laid a wreath at the monument erected next to the cathedral to commemorate the victims of the Armenian Genocide.

The history and historical and cultural values of the Cathedral of Saint James were presented to the President.

Then a reception was held in honor of the President of Armenia.

President Sarkissian, in turn, noted in particular that there is great potential for cooperation and collaboration between Armenia and Israel, the Armenian and Jewish people.

The Armenian President considered it important for Israel to play a leading role in recognizing the Armenian Genocide, stressing that this recognition and condemnation is necessary for such humanitarian catastrophes to never recur.

As for the prospects of cooperation, President Sarkissian noted that the future belongs to latest technology, expressed confidence that the two countries can successfully cooperate in this field, and said his goal is to establish close links with Israeli technical universities.

The interlocutors agreed that the potential for interaction is quite large, and that a lot of work needs to be done involving the Diaspora of both countries, too.

Education, culture, and tourism were also considered promising in terms of cooperation.

The Armenian President invited the Israeli President to visit Armenia.