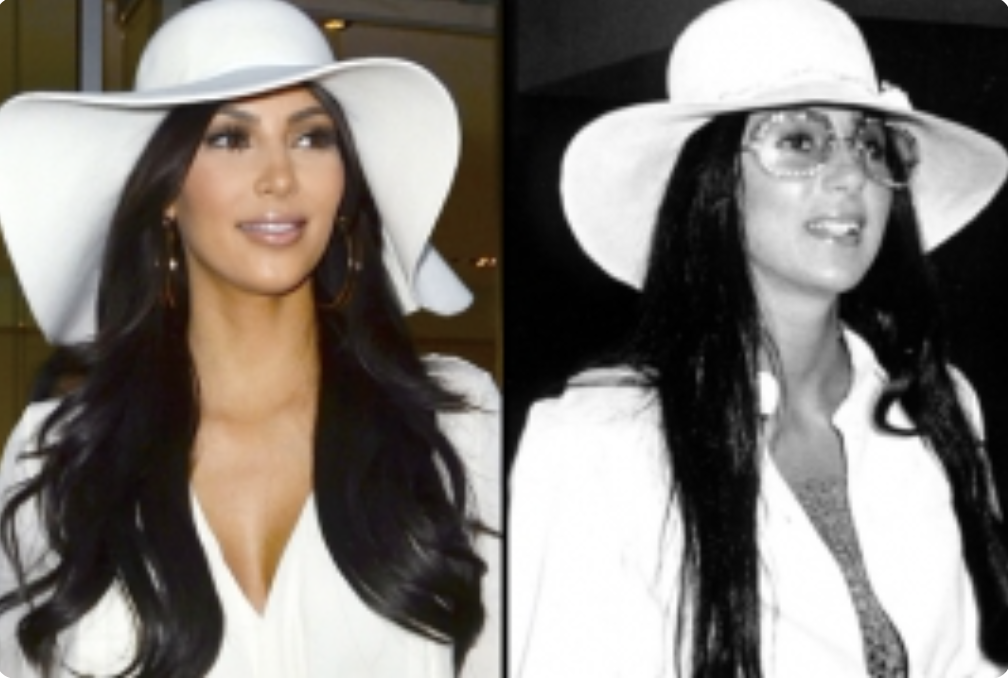 Both wore large black wigs and skintight black outfits as they were seen in downtown Los Angeles for a shoot that seemed to be for CR Fashion Book.

Kardashian has openly shared her love for the 73-year-old songstress and her iconic decade-to-decade style. The two share Armenian heritage.

Cher and Kim made their way up and down the city sidewalk in pairs of pointed high heels, as they braved the afternoon sun.

They slipped their impressive figures into form-fitting black body suits.

Cher threw on a studded, black leather jacket, as her and Kardashian headed over to a pair of idle motorcycles.

They threw their legs over the seats with ease and began taking direction from Roitfeld.