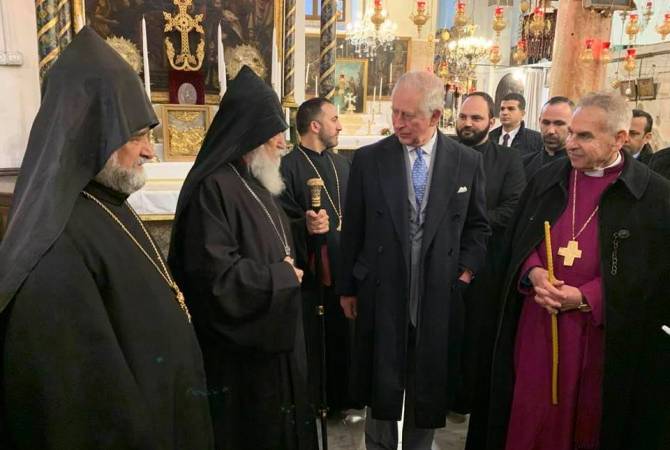 YEREVAN, JANUARY 24, ARMENPRESS. Charles, Prince of Wales has visited the Armenian Church of Bethlehem’s Church of the Nativity on January 24, Chancellor of the Armenian Patriarchate of Jerusalem Hovnan Baghdasaryan said on Facebook.

The archbishop also presented to Prince Charles the history of Armenian presence in the Holy Land.

“His Eminence also remembered the famous sentence of Hitler “Who after all remembers the Armenian Genocide?” And hoped that instead of might the justice will become right”, Baghdasaryan said.