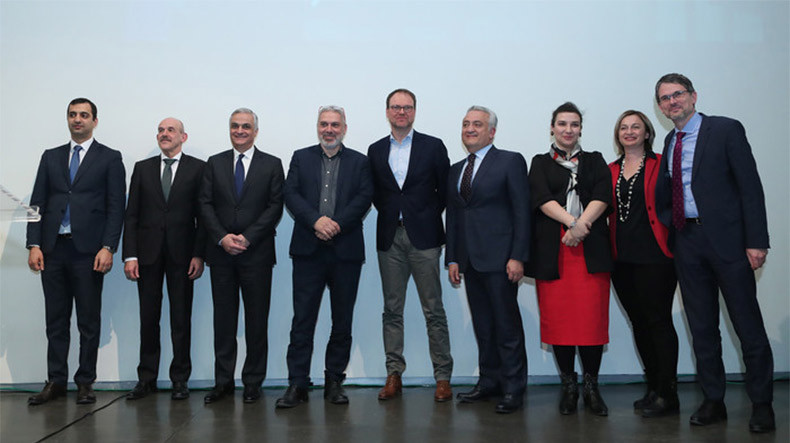 Tumo center to be established in Berlin

The Tumo Center for Creative Technologies  and KfW signed on Tuesday a memorandum, establishing a Tumo center in Berlin. The signing ceremony took place at KfW headquarters in Berlin attended by Deputy Prime Minister Mher Grigoryan, representatives of Tumo and KfW.

As the press service at the government reported, TUMO Berlin will open its doors to 1,200 students in the city’s historic Charlottenburg district in October 2020.

“Armenia is turning into a country generating innovative ideas that has started exporting its ideas to countries such as Germany and France,” the deputy minister said in his welcoming remarks.

Tumo is a new kind of after-school learning environment where thousands of students aged 12-18 are in charge of their own learning. There are four TUMO centers in Armenia — Yerevan, Dilijan, Gyumri, and Stepanakert — and two international centers in Beirut and Paris. More are on the way in Koghb, Masis, and other locations in Armenia and abroad.