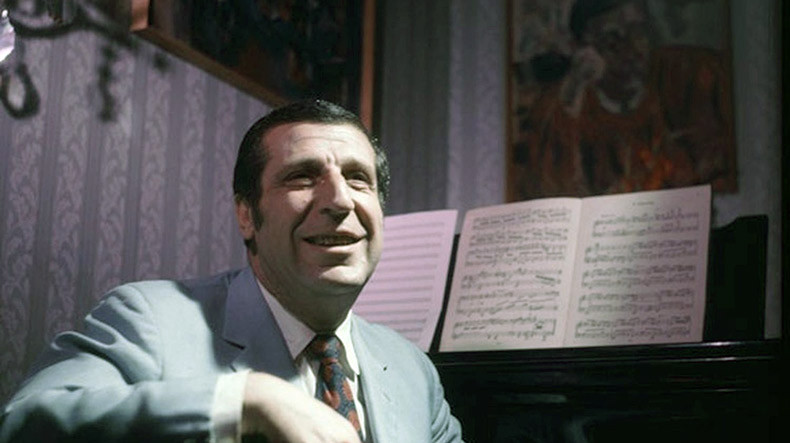 Today, 21 January marks the 99th birth anniversary of Arno Babajanyan, a renowned Armenian composer and pianist of the Soviet era.

The composer was born in Yerevan on the day when Lenin died. Because of that, his father changed his birth date to January 22.

By age 5, Babajanyan’s extraordinary musical talent was clearly apparent, and composer Aram Khachaturian suggested that the boy be given proper music training. Two years later, in 1928 at the age of 7, Babajanyan entered the Yerevan State Musical Conservatory, the Music of Armenia reported.

In 1938, he continued his studies in Moscow with Vissarion Shebalin. He later returned to Yerevan, where from 1950–1956 he taught at the Yerevan State conservatory. It was during this period that he wrote the Piano Trio in f# sharp minor. It received immediate acclaim and was regarded as a masterpiece from the time of its premiere.

Subsequently, he undertook concert tours throughout the Soviet Union and Europe. In 1971, he was named a People’s Artist of the Soviet Union. As a composer, Babajanyan was active in most genres and even wrote many popular songs in collaboration with the leading poets such as Yevgeny Yevtushenko and Robert Rozhdestvensky among others.

Much of Babajanyan’s music is rooted in Armenian folk music and folklore. But generally, the way in which he uses Armenian folk music is in the virtuosic style of Rachmaninov and Khachaturian. His later works were influenced by Prokofiev and Bartok. Praised by Dmitri Shostakovich as a “brilliant piano teacher”, Babajanyan was also a noted pianist and often performed his own works in concerts.

Arno Babajanyan died on November 11, 1983, in Moscow and is buried at Komitas Pantheon in Yerevan.