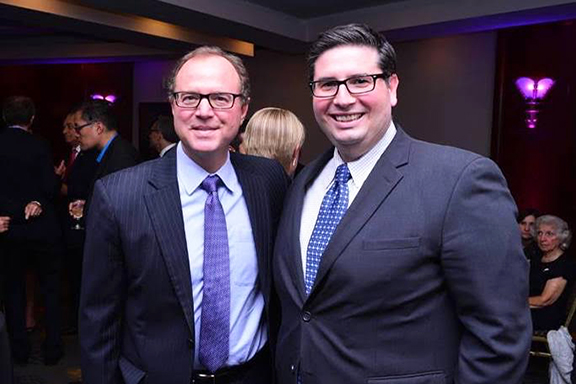 Congressman Says Kassakhian Has the Experience and Knowledge to Lead Glendale

“Ardy’s passion for public service and the community has always been his guiding principle.” stated Congressman Schiff in a written statement. “He possesses the knowledge, temperament and experience necessary to make him an effective and successful leader for Glendale. I am proud to endorse Ardy Kassakhian for Glendale City Council and urge Glendale voters to elect Ardy on March 3, 2020.”

“I am honored to have the endorsement of Congressman Adam Schiff and his vote of confidence. He is one of our nation’s great leaders and someone who exemplifies the highest standard of sacrifice, integrity and public service,” said Kassakhian. “I hope to continue working with him as he fights for us in the US Congress and I promise to work closely with him to provide for the needs of our residents in Glendale.”

Ardy Kassakhian grew up in Glendale after his family moved here in 1985. He attended public Glendale public schools and graduated from Glendale High School. He was first elected Glendale City Clerk in 2005 and been reelected four times. As Clerk, he has reduced government waste by introducing environmentally sound practices, made election information easier to access and worked to increase voter participation. Ardy graduated from UCLA (BA) and Northwestern University (MPPA) and the Executive Program at Harvard University’s Kennedy School of Government. He currently is an adjunct faculty member at Glendale Community College teaching political science and government. He lives with his wife Courtney and their young son in the Pelanconi neighborhood of Glendale.

On November 12, City Clerk Ardy Kassakhian pulled papers to run for Glendale City Council. Three council seats are up for election in the March 3, 2020 Municipal Election which will take place at the same time as the statewide Presidential Primary. Early voting begins on February 22 at designated vote centers. To learn more about Ardy Kassakhian, visit his website or follow him on Facebook, Instagram and Twitter.