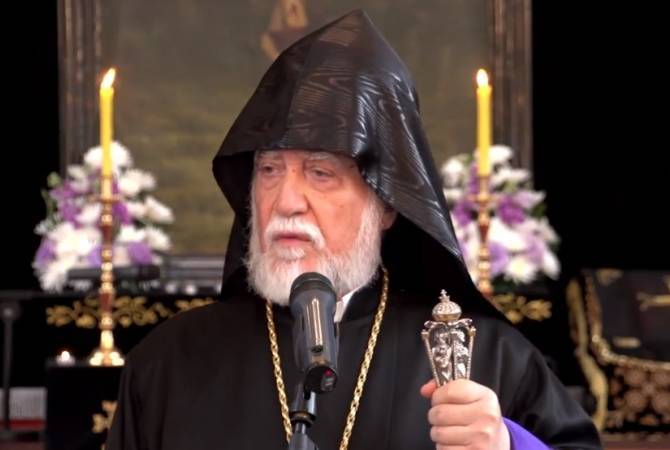 YEREVAN, JANUARY 6, ARMENPRESS. Catholicos of the Great House of Cilicia Aram I has attached importance to having “new faces” in the Lebanese Cabinet that “would inspire confidence and achieve reform in the country”, Lebanon’s National News Agency (NNA) reported.

During a mass celebrating Christmas on January 6, Catholicos Aram I stressed the pressing need to form a new government in Lebanon that triggers confidence, “without which it would be impossible to lead the country towards prosperity and development,” while calling for “sparing Lebanon, as much as possible, the problems and interests of others.”

Addressing the crowd of believers in Beirut, Aram I said: “Justice is the foundation of peace and the driving force for development, and the cornerstone for peaceful coexistence,” stressing that “where justice is absent, chaos reigns and devastation prevails, and where moral evils prevail, justice is defeated.”

“The main reason for the crises facing humanity today is the absence of justice,” said Aram I, criticizing states, institutions and people who implement their plans based on their narrow interests while ignoring justice, spreading evil around them and causing poverty, coercion, violence and wars.

“For this purpose we stood by the people, because the Church is with justice and defends the rights of the people, as Jesus taught us and as the Church must be, and is called upon to complete the message of Jesus Christ,” he said, referring to the past months that have witnessed the people’s uprising against injustice, social inequality and waste of public money by state officials in Lebanon.

“It is not enough to condemn injustice. Rather, we must fight for justice. This is what we expect from officials in Lebanon,” underlined His Holiness Aram I as quoted by NNA.