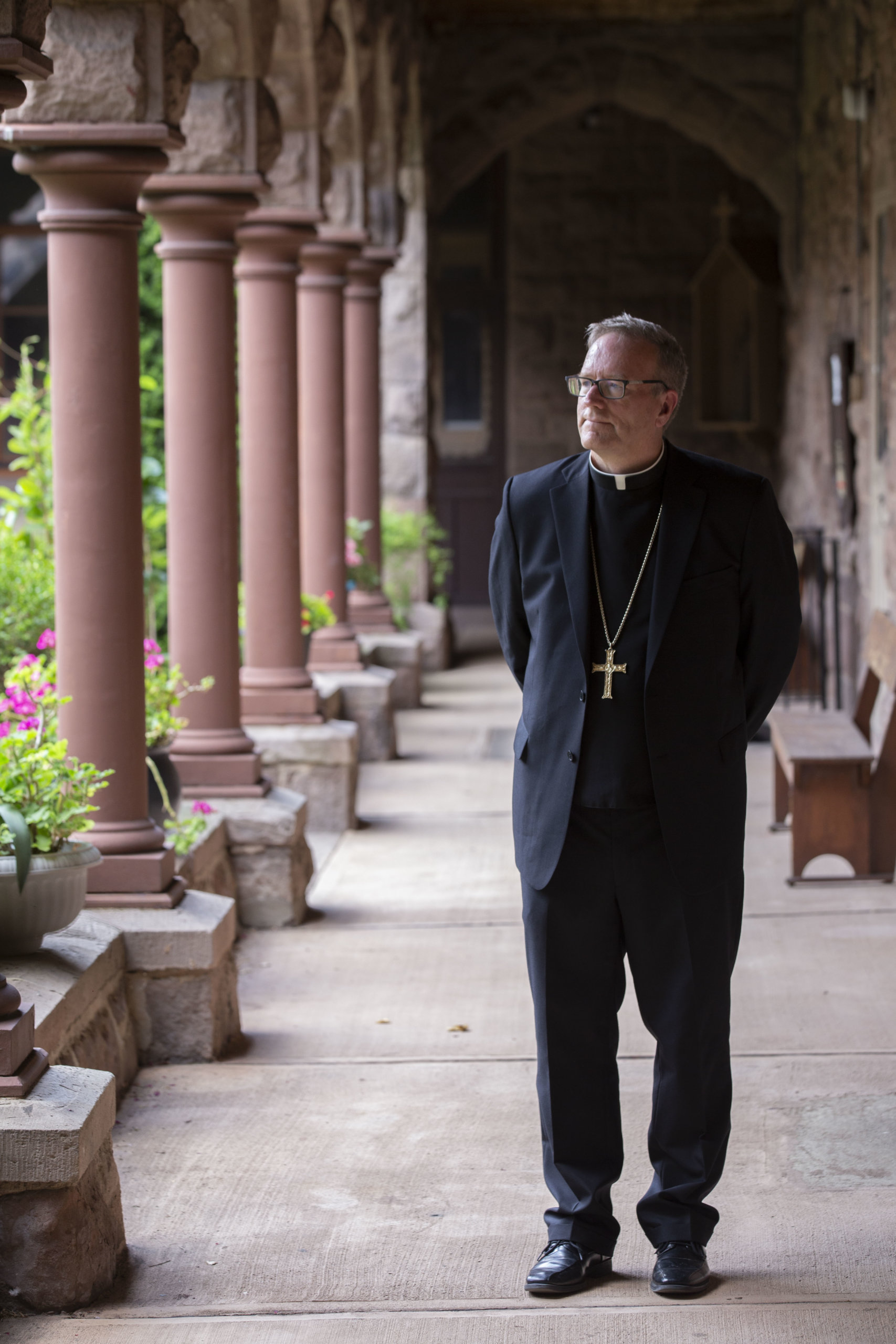 Bishop Barron: ‘The One Pope’

The new and much-ballyhooed Netflix film The Two Popes should, by rights, be called The One Pope, for it presents a fairly nuanced, textured, and sympathetic portrait of Jorge Mario Bergoglio (Pope Francis) and a complete caricature of Joseph Ratzinger (Pope Benedict XVI). This imbalance fatally undermines the movie, whose purpose, it seems, is to show that old grumpy, legalistic Benedict finds his spiritual bearings through the ministrations of friendly, forward-looking Francis. But such a thematic trajectory ultimately does violence to both figures, and turns what could have been a supremely interesting character study into a predictable and tedious apologia for the filmmaker’s preferred version of Catholicism.

That we are dealing with a caricature of Ratzinger becomes clear when, in the opening minutes of the film, the Bavarian Cardinal is presented as ambitiously plotting to secure his election as Pope in 2005. On at least three occasions, the real Cardinal Ratzinger begged John Paul II to allow him to retire from his position as head of the Congregation for the Doctrine of the Faith and to take up a life of study and prayer. He stayed on only because John Paul adamantly refused the requests. And in 2005, upon the death of John Paul, even Ratzinger’s ideological opponents admitted that the now seventy-eight-year-old Cardinal wanted nothing more than to return to Bavaria and write his Christology. The ambitious plotting fits, of course, the caricature of the “conservative” churchman, but it has absolutely nothing to do with the flesh-and-blood Joseph Ratzinger. Furthermore, in the scene depicting an imagined meeting between Pope Benedict and Cardinal Bergoglio in the gardens at Castel Gandolfo, the aged Pope frowningly lashes out at his Argentinian colleague, bitterly criticizing the Cardinal’s theology. Once again, even Joseph Ratzinger’s detractors admit that “God’s Rottweiler” is in fact invariably kind, soft-spoken, and gentle in his dealings with others. The barking ideologue is, again, a convenient caricature but not even close to the real Ratzinger.

But the most serious mischaracterization occurs toward the end of the film when a dispirited Benedict, resolved to resign the papacy, admits that he had stopped hearing the voice of God and that he had begun to hear it again only through his newfound friendship with Cardinal Bergoglio! Mind you, in saying the following I mean not an ounce of disrespect to the real Pope Francis, but that one of the most intelligent and spiritually alert Catholics of the last one hundred years would require the intervention of Cardinal Bergoglio in order to hear the voice of God is beyond absurd. From beginning to end of his career, Ratzinger/Benedict has produced some of the most spiritually luminous theology in the great tradition. That he was, by 2012, tired and physically ill, and that he felt incapable of governing the great apparatus of the Catholic Church—yes, of course. But that he was spiritually lost—no way. Again, it might be a fantasy of some on the left that “conservatives” hide their spiritual bankruptcy behind a veneer of rules and authoritarianism, but one would be hard-pressed indeed to apply this hermeneutic to Joseph Ratzinger.

The very best parts of this film are the flashbacks to earlier stages in the life of Jorge Bergoglio, which shed considerable light on the psychological and spiritual development of the future Pope. The scene depicting his powerful encounter with a confessor dying of cancer is particularly moving, and the uncompromising treatment of his dealings with two Jesuit priests under his authority during the “Dirty War” in Argentina goes a long way to explaining his commitment to the poor and to a simple manner of life. What would have infinitely improved the film, in my humble judgment, is a similar treatment in regard to Joseph Ratzinger. If only we had had a flashback to the sixteen-year-old boy from a fiercely anti-Nazi family, pressed into military service in the dying days of the Third Reich, we would understand more thoroughly Ratzinger’s deep suspicion of secularist/totalitarian utopias and cults of personality. If only we had had a flashback to the young priest, peritus to Cardinal Frings, leading the liberal faction at Vatican II and eager to turn from preconciliar conservatism, we would have understood that he was no simple-minded guardian of the status quo. If only we had had a flashback to the Tubingen professor, scandalized by a postconciliar extremism that was throwing the theological baby out with the bathwater, we might have understood his reticence regarding programs advocating change for the sake of change. If only we had had a flashback to the Prefect for the Congregation for the Doctrine of the Faith composing a nuanced document, both thoughtfully critical and deeply appreciative of Liberation Theology, we might have grasped that Pope Benedict was by no means indifferent to the plight of the poor.

Now, I realize that such a treatment would have made for a far longer movie, but who cares? Heck, I was willing to sit through three-and-a-half rather tedious hours of The Irishman. I would have been happy to watch four hours of a film that was as honest and insightful about Joseph Ratzinger as it was about Jorge Mario Bergoglio. It would have made not only for a fascinating psychological study, but also for an illuminating look at two different but deeply complementary ecclesial perspectives. Instead, we got more of a cartoon.