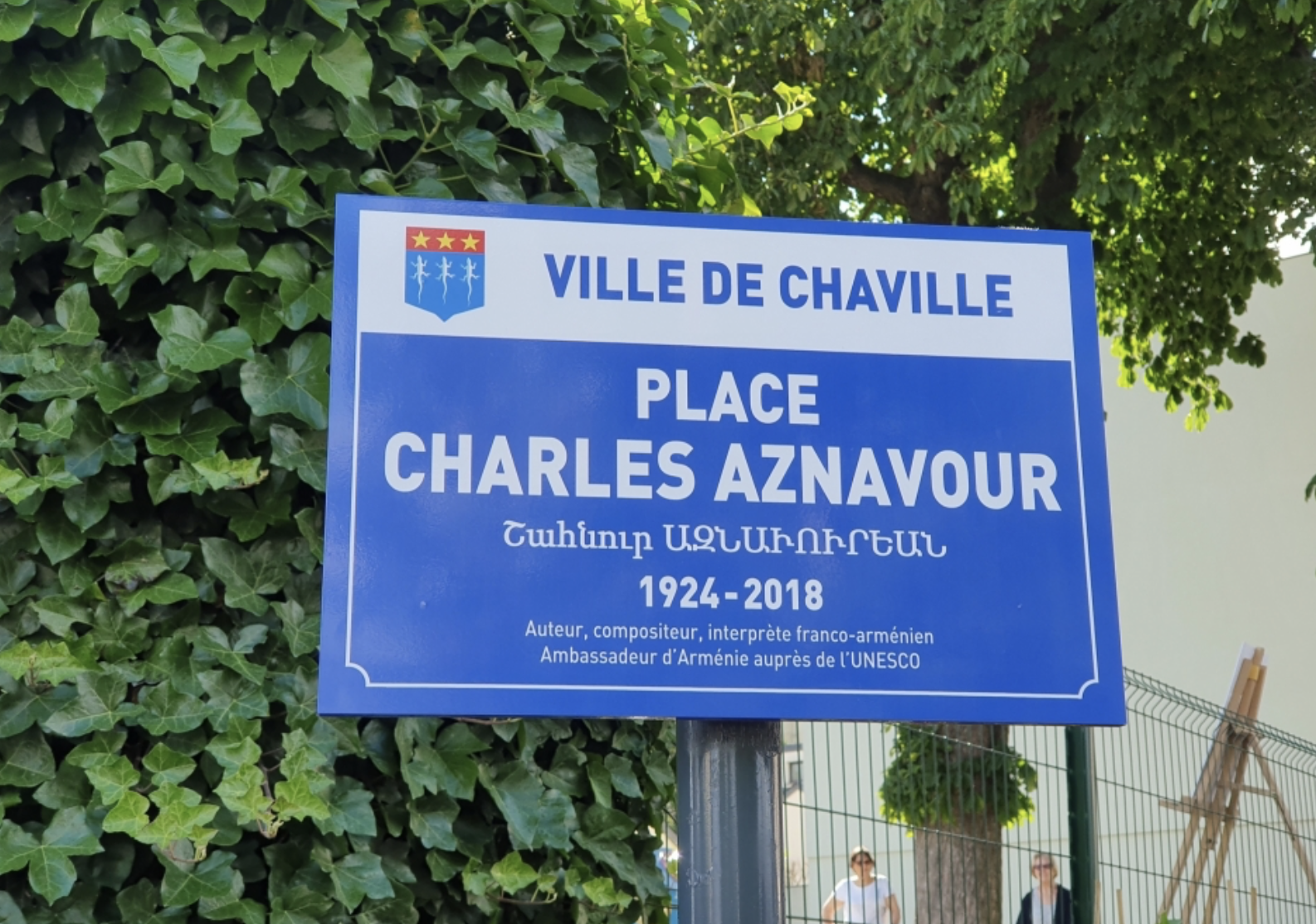 Square dedicated to Charles Aznavour was inaugurated in the French Chaville commune on June 21, the Armenian Ministry of Foreign Affairs informs.

Ambassador Tolmajian expressed gratitude to the municipal authorities of Chaville for the initiative dedicated to “the great Armenian and the great Frenchman,” which is also a tribute to Armenian-French friendship.

She emphasized the invaluable role Charles Aznavour had in bridging the two peoples and countries.