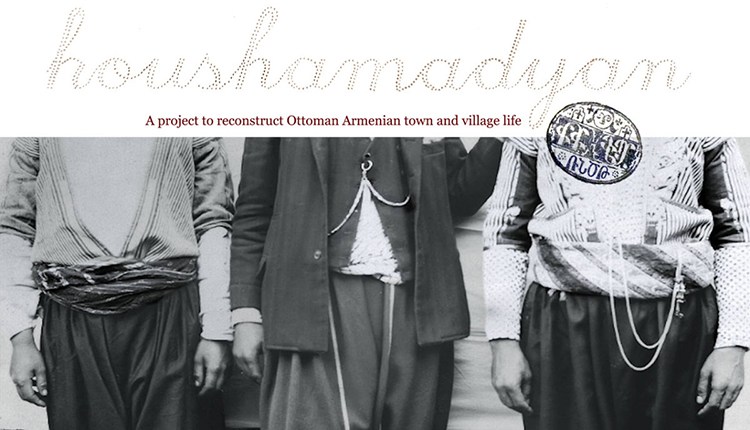 New Video Dedicated to the Dialect and Customs of Hadjin Armenians

The film was scheduled to be released two weeks ago. But Houshamadyan team was forced to adapt to the circumstances created by the global pandemic. At the time, Silvina Der Meguerditchian was in Buenos Aires, visiting relatives, and her flight back to Berlin was canceled. It was only a week ago that she was finally able to fly back home and rejoin her family.

She immediately resumed work on the film and finalized it for release.

The film is about 11 minutes long, and it is dedicated to the dialect and customs of Hadjin Armenians. It features material collected from throughout the world, including testimonies by people now living in Argentina and Lebanon, as well as photographs sent to use from Lebanon, the United States, Argentina, and France. It also features music obtained from New Jersey, Buenos Aires, and Berlin.

The common thread is Hadjin – its dialect, its traditions, and local customs.

Hadjin was a city with more than 20,000 Armenian residents, located north of historic Cilicia. In 1920, it was completely emptied of its Armenian population.

Many eventually found refuge in Lebanon in late 1921. Like thousands of other Armenian refugees, they settled down in the refugee camp of Beirut.

Others made their way further ashore, to places like Greece, Argentina, the United States, and Soviet Armenia.

In Lebanon, beginning in 1930, refugees from Hadjin built the New Hadjin neighborhood on the periphery of Beirut. It became the principal resettlement site for Hadjin natives.

Living together in this fashion allowed many of Hadjin’s traditions, as well as the local dialect, the Hedjno lizou, to be preserved in the diaspora, especially in Beirut and Buenos Aires.