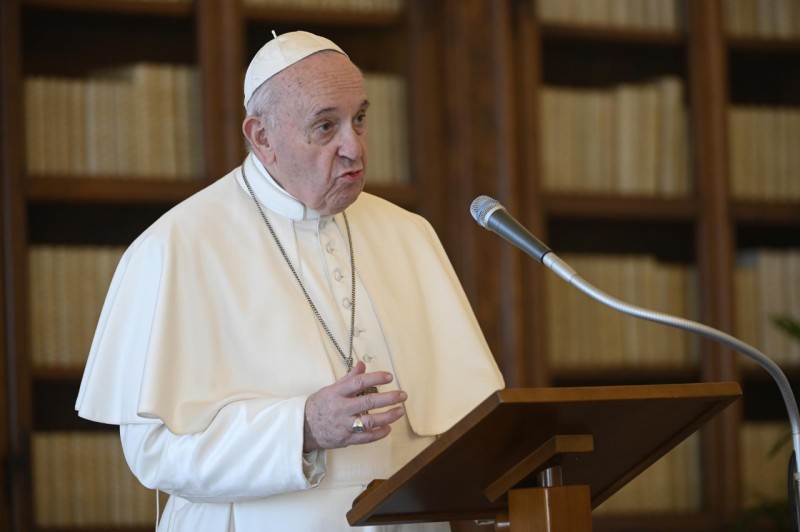 The Holy Father has appointed as titular bishop of Arethusa of the Syrians the Reverend Rami Al-Kabalan, currently apostolic visitator for Syrian faithful in Western Europe and procurator of the Patriarchate of Antioch of the Syrians at the Holy See.

The bishop-elect has taken the name of “Flavian”.

The Reverend Rami Al-Kabalan was born in Zaydal, Syria, on 17 July 1979, where he attended primary and secondary school. He completed his institutional studies in philosophy and theology at the major seminary of Charfet, Lebanon.

He was subsequently sent to Rome, where he was a resident first of the Greek College, then the French Seminary. He was awarded a licentiate in theology from the Pontifical Lateran University.

He was ordained a deacon in the Church of Santa Chiara in Rome in 2004 by His Beatitude Cardinal Moussa Daoud, then prefect of the Congregation for the Oriental Churches, and priest from July 2005 by Archbishop George Kassab of Homs of the Syrians, in the village of Zaydal in Syria.

In 2015 he completed his studies in oriental canon law at the Pontifical Oriental Institute, obtaining a doctorate.

From 2007 until his return to Rome in 2011 he was parish priest of Nabek and Yabrud, in the archieparchy of Homs.

Since 2013 he has acted as postulator of the cause for the beatification of Bishop Flavian Michael Melki and, in the same year, assistant to the procurator at the Holy See.

On 21 June 2017, he was appointed by Pope Francis as apostolic visitator for the Syriac-Catholic communities in Western Europe.

On 27 March 2020, His Beatitude Ignace Youssef III Younan, after obtaining the nulla osta, appointed him as procurator of the Patriarchate of Antioch of the Syrians at the Holy See.

Appointment of counselor of the Apostolic Penitentiary

The Holy Father has appointed as counselor of the Apostolic Penitentiary the Reverend Giuseppe Tonello, of the clergy of Rome, chancellor, member of the presbyteral council and of the Disciplinary Commission of the Vicariate of Rome.