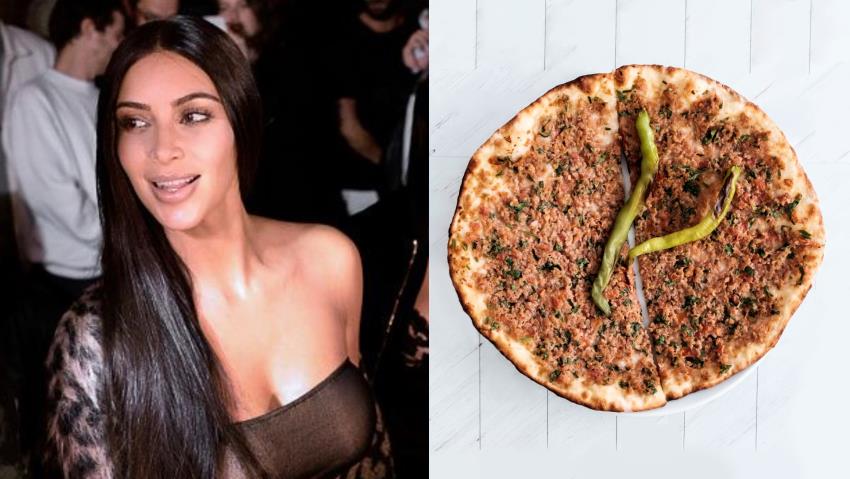 Reality star Kim Kardashian provoked a fiery debate on the origins of lahmacun when she described it as ‘Armenian pizza’ on her Instagram.

Turkish social media users have lashed out at US reality television star Kim Kardashian for describing lahmacun as “Armenian pizza” on social media.

“Who knows about lahmacun? This is our Armenian pizza,” the American model,businesswoman and actress said in a video posted on Thursday on her Instagram.

“My dad would always put string cheese on it and then put it in the oven and get it really crispy,” she added.

Kim Kardashian is a prominent member of the Armenian diaspora. Her late father, Robert Kardashian, was an American lawyer of Armenian heritage.

Turkish celebrities also lashed out at the US celebrity, with singer Demet Akalin saying: “I got involved with Kim Kardashian out of boredom… Lahmacun is ours sister.”

Lahmacun is a round, thin piece of dough topped with minced meat. A popular dish in Turkey, Lebanon, Syria and Armenia, its exact origins provokes fiery debate.

Arab and Kurds on Twitter joined the controversy to lay their claim to the delicious food.

“The word is Arabic; lahm: meat, macoun: paste. The Arabs in the region Riha (urfa) called it lahmacoun. Not sure if it’s Arabic or Kurdish dish, but it’s definitely not Turkish or Armenian,” one person tweeted.

Turkey and Armenia have strained relations over the recognition of the Armenian genocide.

Armenians say up to 1.5 million of their kin were killed between 1915 and 1917 as the Ottoman Empire was falling apart.

But Turkey fiercely rejects the genocide label, arguing that 300,000 to 500,000 Armenians and as many Turks died in civil strife when Armenians rose up against their Ottoman rulers and sided with invading Russian troops.

Kim Kardashian baptised her children in her ancestral homeland Armenia during an October visit.

The visit was the star’s first to the nation since a 2015 trip marking the centenary of mass killings of Armenians that saw her husband Kanye West give a chaotic, impromptu concert in capital Yerevan.

Kardashian’s Armenian ancestors on her father’s side emigrated to the United States from an area that now lies in Turkey.

In October, Kim hailed the House of Representative vote recognising as “genocide” the mass killings of ethnic Armenians in the Ottoman Empire a century ago, praising the “incredible numbers” of representatives who backed the resolution.

After the US congress followed suit in December and recognised the mass killings as genocide, Turkish president Recep Tayyip Erdogan threatened to rebuke Washington by recognising the killings of Native Americans by European settlers.

Turkey also summoned the US ambassador in Ankara and warned such a move would endanger relations between the two countries.

President Trump’s administration, seeking to diffuse the situation, reiterated its position that it did not recognise the killings of Armenians as a genocide.