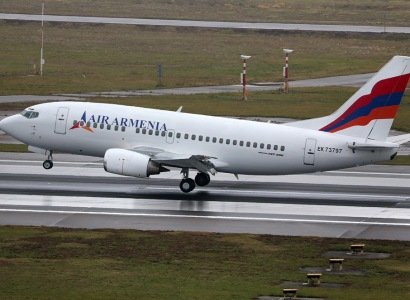 Newspaper: Armenia MOD spokesperson who resigned will be appointed to another post

Newspaper: Brussels does not believe in Armenia PM

Armenia PM on incident with girl in metro wagon: I consider this the greatest campaign for saying YES to referendum

Analyst: There is still risk of Turkey’s sabotage in regard to Nagorno-Karabakh

Relatives of Armenia army officer who was brutally beaten are protesting

Suicide bombers blow themselves up near US embassy Tunisia: 5 police officers wounded

Dollar still going up in Armenia

Austrian FM: EU will not allow Turkey to blackmail it with refugees

Young man fined for spitting on Armenian clergyman in Jerusalem

No coronavirus case confirmed in Artsakh

US Ambassador to Armenia: We are happy to see Lucy among other 2020 International Women of Courage!

iGorts program for Diaspora Armenian professionals to kick off

Armenia ruling force MP: There are still traitors in some departments

EU ambassador: We consider it important that Armenia decided to switch to multi-use biodegradable bags

Armenia PM: Karabakh is on democratic map of world

Calls for violence shall be punishable by law in Armenia

Teen beaten in Armenia’s Gyumri is in Yerevan