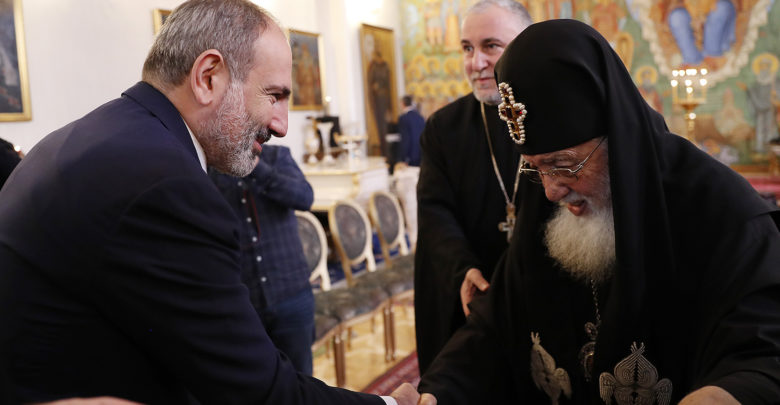 “We are living in difficult times, but we should defy the challenges together. I hope that the brotherly relations between our churches may promote closer contacts and cooperation between the two peoples,” the Catholicos-Patriarch of All Georgia said.

Thankful for the warm welcome, Prime Minister Pashinyan noted that he first met with His Holiness Ilia II in June, 2018, and he cherished warm memories of that first meeting. “Our relations have seen many positive changes ever since; we managed to build a solid groundwork for continued cooperation,” the Premier said, adding that the two peoples’ commitment to Christian values can play a significant role in promoting the political dialogue.

“You have made a valuable contribution to this process, and I wish to thank you for that,” Nikol Pashinyan said, adding that the two governments’ task is to bring about real changes through close interaction and further strengthen the ongoing partnership in different spheres.

“We are prepared to endeavor towards achieving not only short-term, but also long-term objectives,” Nikol Pashinyan concluded.

Prior to meeting with the Catholicos-Patriarch of All Georgia, Nikol Pashinyan had laid a wreath at the memorial on Heroes Square in Tbilisi.