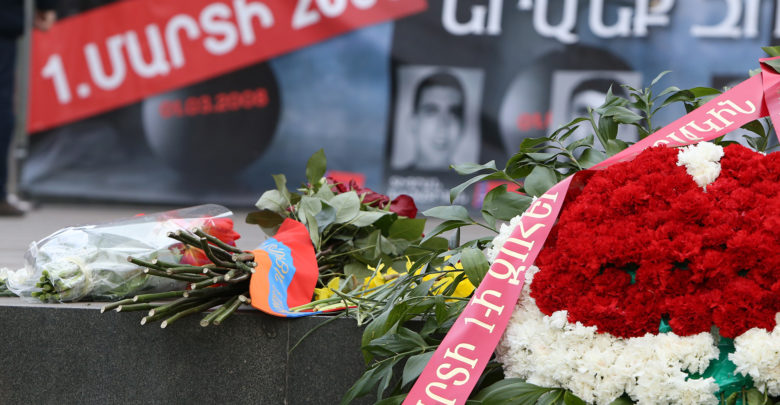 Tribute to the memory of March 1 victims

Today Armenians pay tribute to the ten people killed as a result of clashes between police and protests on March 1, 2008.

Prime Minister Nikol Pashinyan laid a wreath at the memorial to Alexander Myasnikyan, where the main events unfolded.

Prime Minister Nikol Pashinyan was initially expected to lead a march dedicated to the 12th anniversary of the events, but the march was cancelled after the first case of coronavirus was confirmed in the country.