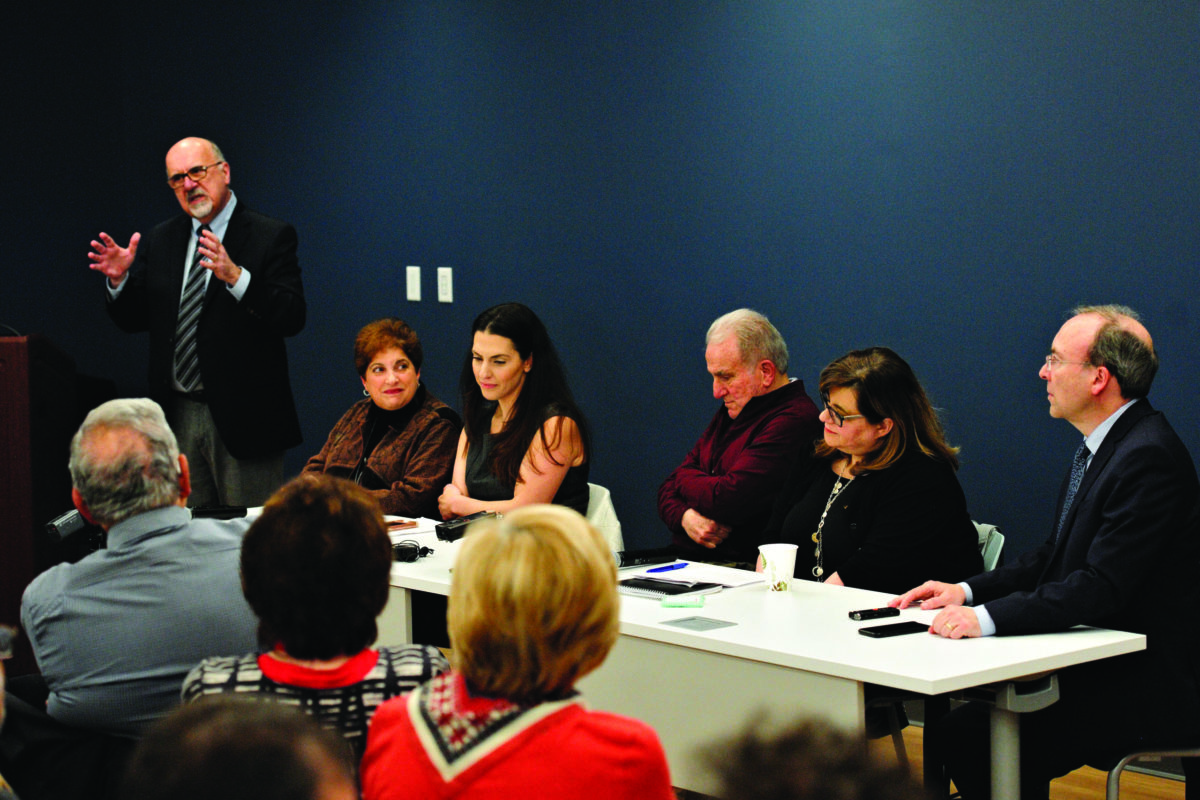 Panel on Armenian-American Press at NAASR

BELMONT, Mass. — An overflow crowd gathered on Thursday, February 13, at the National Association for Armenian Studies and Research (NAASR) Vartan Gregorian Building for a panel titled “The Armenian-American Press in Perspective: Its Purposes, Challenges, and Future Prospects.”

The program was presented by the NAASR/Calouste Gulbenkian Foundation Lecture Series on Contemporary Armenian Issues and was co-sponsored by the Tekeyan Cultural Association, the AGBU Young Professionals of Boston and the AYF Greater Boston “Nejdeh” Chapter.

The moderator was Stepan Piligian, a member of the NAASR board, as well as a columnist for the Armenian Weekly.

After a set of three questions from Piligian, the floor was opened for questions, leading to a lively exchange. Each offered their specific perspectives regarding the press in general and the Armenian press, in particular.

Next, the three were asked questions regarding the papers’ content, audiences and coverage of Armenia.