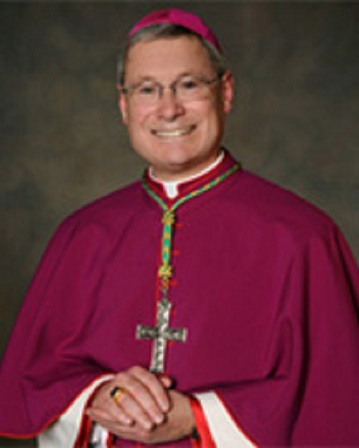 The Committee on International Justice and Peace for the U.S. Conference of Catholic Bishops has released the following statement on nuclear disarmament.

During the recent visit of Pope Francis to Japan, the Holy Father took the opportunity to speak forcefully on the subject of nuclear weapons and the threat that they represent to the world. Speaking at Nagasaki, he emphasized the need for a wide and deep solidarity to bring about security in a world not reliant on atomic weaponry, stating, “A world of peace, free from nuclear weapons, is the aspiration of millions of men and women everywhere. To make this ideal a reality calls for involvement on the part of all: individuals, religious communities and civil society, countries that possess nuclear weapons and those that do not, the military and private sectors, and international organizations.” – Address of the Holy Father on Nuclear Weapons. . . , Atomic Bomb Hypocenter Park (Nagasaki) Sunday, 24 November 2019.

Later that same day, Pope Francis spoke in Hiroshima, the other Japanese city to have known the horror of a nuclear explosion. Addressing the moral implications of nuclear weaponry he stated, “The use of atomic energy for purposes of war is immoral, just as the possessing of nuclear weapons is immoral …” – Address of the Holy Father, Meeting for Peace, Peace Memorial (Hiroshima) Sunday, 24 November 2019.

The words of Pope Francis serve as a clarion call and a profound reminder to all that the status quo of international relations, resting on the threat of mutual destruction, must be changed. As Bishops of the United States, we have made similar appeals in the past when we stated, “the moral task is to proceed with deep cuts and ultimately to abolish these weapons entirely.” – The Harvest of Justice is Sown in Peace (1993).

So too, has the international community recognized the need to move away from the threat of mutual destruction and toward genuine and universal disarmament, as reflected in the Treaty on the Non-Proliferation of Nuclear Weapons (NPT). Article VI of that Treaty, which dates back to 1968, states each party of that accord will work in good faith for the end of the nuclear arms race by seeking nuclear disarmament based in “…a treaty on general and complete disarmament under strict and effective international control.”

Pope Francis has used his visit to Japan to remind the faithful and all actors, states or non-states, of the moral obligation to re-commit to the work of ridding the world of nuclear weapons and the threat that they pose. That obligation weighs on the consciences of all to find a means for complete and mutual disarmament based in a shared commitment and trust that needs to be fostered and deepened.

The Committee on International Justice and Peace is grateful to the Holy Father for this renewed effort to bring about a world of peace and justice that is not based upon fear or the threat of nuclear annihilation but justice and human solidarity. As such, we also call upon our own government to be part of and indeed renew its primary responsibility in that effort. The nations which have nuclear weapons must take the lead in mutual reduction of their weapons. The non-nuclear nations too must refrain from pursuing them if Article VI of the NPT is to be the effective instrument to bring about the elimination of all nuclear weapons.

“Come, Lord, for it is late, and where destruction has abounded, may hope also abound today that we can write and achieve a different future.” (Pope Francis, Hiroshima, November 24, 2019.)

Members of the Committee for International Justice and Peace:

Archbishop for the Military Services

Bishop of Maronite Eparchy of Our Lady of Lebanon

Bishop Consultants to the Committee for International Justice and Peace: