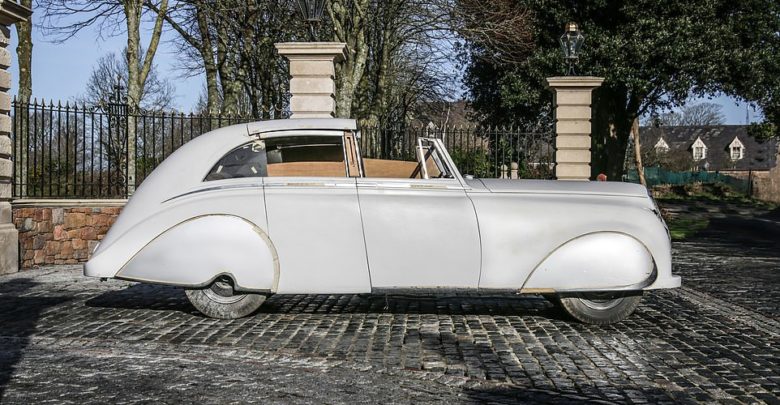 ‘Rolls-Royce’ designed by Armenian businessman to be auctioned off

A car designed by an Armenian tycoon which was then rejected by Rolls-Royce is expected to fetch £30,000 at auction, The Daily Mail reports.

Nubar Gulbenkian, who was known for his off-the-cuff nature, designed the 1947 Silver Wraith and then approached Rolls-Royce with the design.

The businessman’s idea was rejected, so he went directly to Rolls-Royce coach builders Hoopers and commissioned them to build it.

The 73-year-old car has unusual bars across the head lights, a curved body and a striking square windscreen. Even the businessman himself admitted that he was unsure about the finished product.

Speaking in 1965, he said: “I felt that a modern car should be streamlined, curved and look like it had been designed by someone who had never seen horse drawn carriages and had been presented for the very first time with the task of building a body around an internal combustion engine.”

“Rolls-Royce were less than enthusiastic about the way I discarded their beautiful bonnet and I am sorry to say that the effect I achieved, while certainly striking and distinctive, was not an unmitigated success,” he added.

Gulbenkian moved to the UK at just a few weeks old and was educated at Harrow and then Cambridge University.

During WWI he organised an underground network to repatriate British airman who became stranded in France.

He was later left £2.5m in his late father’s will and gained further wealth through his own oil dealings.

The car itself is one of many Gulbenkian had made and has recently undergone significant restoration costing around £200,000.

It has been given a new ash frame and comprehensive fabrication work but still requires a whole new interior.

The current owner is not in a position to complete the work and has offered the vehicle for sale through auctioneers Historics of Iver, Buckinghamshire.

Stewart Banks, of Historics said: “We are honoured to be offering this hugely important car for sale so the restoration can be completed and it can be seen and driven in all its original glory.”

The motor is being sold alongside an enormous bundle of paperwork documenting its long and fascinating history. The sale takes place on March 7.