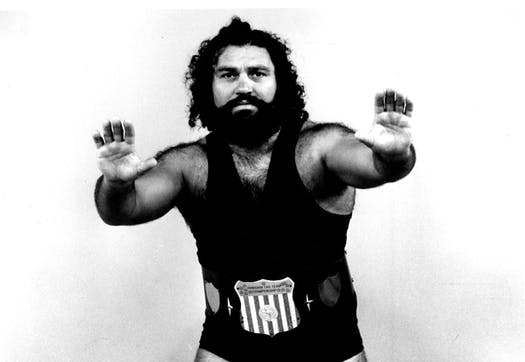 Ervan the Armenian, Ivan the Terrible, Pampero Firpo were one and the same

Juan Kachmanian came out of Argentina and started wrestling in 1953 as Ervan the Armenian. Ervan wasn’t going to cut it as a wrestling name, so he changed nationalities and became a Russian: Ivan the Terrible.

Promoters in the golden age of wrestling from the 1950s into the 1970s, when local cards and story lines were pitched on TV shows, relied on the region’s fans for bouts of amnesia.

Example: Kachmanian first came to the Twin Cities market in 1958 as Ivan the Terrible, an evil Russian. When he returned in 1964, he was Pampero Firpo, billed as the “Wild Bull of the Pampas,” and a title previously used by a famed Argentinian heavyweight boxer from the 1920s, Luis Angel Firpo.

“He hadn’t changed his appearance any, either; he had the same bushy hair,” said George Schire, author of four pro wrestling history books and counting. “If a hardcore fan noticed it was ‘same guy, different back story,’ the promoters just denied it.”

Pampero died Jan. 9 at age 89 in California. He was a member of the Pro Wrestling Hall of Fame in Wichita Falls, Texas.

He had four runs in the Twin Cities region: Ivan the Terrible in 1958-59; an extended stay in the mid-’60s, featuring a feud with the Crusher leading to cage matches; a return after a three-year “suspension” when he wound up teaming with the Crusher against Mad Dog and Butcher Vachon; and a final stay as a good guy in 1974-75.

There were interesting twists with his departures, Schire said:

• “Suspensions generally didn’t include a time to be served, but it was announced as three years for Pampero due to his complete ignoring of the rules. He spent three years wrestling in Florida, all over, but when he came back, he had a shrunken head around his neck and was going to do that to the Crusher, to make up for three years of lost wages.”