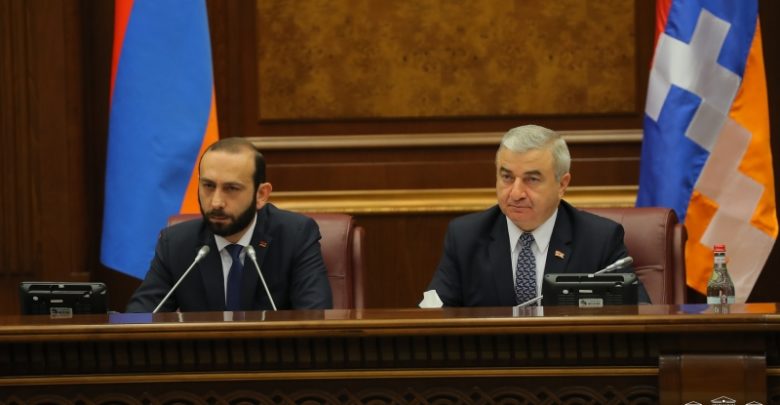 Armenia-Artsakh Inter-Parliamentary Committee has adopted a statement on the 30th anniversary of Baku Pogroms. The statement reads:

On 13-19 January, 1990, coordinated mass pogroms of the Armenian population were committed in the capital of Azerbaijan, Baku, under the watchful eye of the state authorities. Hundreds of Armenians became victims of violence because of their ethnic origin; their property was looted and confiscated. More than 250 thousand Armenians living in Baku fled under the direct threat of physical extermination and found a refuge in various countries of the world.

The mass pogroms of Armenians in Baku were the result of largescale policy of discrimination against Armenians, unleashed by the Caucasian Tartar extremist forces at the beginning of the 20th century and continued by the authorities of Azerbaijan up until now. This policy led to a drastic reduction of the Armenian population in territories under the control of Azerbaijan. By gaining new impetus in the end of 1980s, that policy and the existential threat it imposed led to the extermination of the Armenian population in Baku and in other settlements of the Azerbaijani SSR.

Stating that despite the facts recorded by the international community and human rights organizations, the Azerbaijani authorities until now conceal their genocidal actions, distort the reality, and escape the responsibility;

Emphasizing that the continuous official policy of Armenophobia in Azerbaijan and these and other crimes committed on that ground (the pogroms in Sumgait and Kirovabad, massacre of the Armenian population of the Artsakh’s Maragha village, which fell under Azerbaijan’s occupation, war crimes committed by the Azerbaijani armed forces against the civilian population of Artsakh and prisoners of war during its aggression in April, 2016), the consistent destruction of the Armenian cultural heritage, as well as the ethnic cleansing of the Armenians in the territories of Artsakh remaining under the Azerbaijani occupation up until now, attest to the Azerbaijani authorities’ intend to wipe out the Armenians and all traces of their existence in the territories under their control;

Based on the principles enshrined in the Convention on Prevention and Punishment of the Crime of Genocide (9 December 1948), the Universal Declaration of Human Rights (10 December 1948), the International Convention on the Elimination of All Forms of Racial Discrimination (21 December 1965), the International Covenant on Civil and Political Rights (16 December 1966), and other international instruments relating to the protection of human rights and fundamental freedoms, which are also entrenched in the domestic legislation of all democratic states,

the Armenia-Artsakh Inter-Parliamentary Committee in the result of the joint meeting held on January 18, 2020

Pays tribute to the memory of our compatriots who were killed 30 years ago in Baku and states that fair compensation for the losses of the Armenian population is legal and relevant;

Condemns the consistent policy of Armenophobia in the Republic of Azerbaijan;

Considers unacceptable any manifestation of xenophobia, extremism, and terrorism;

Confirms that there is no statutory limitation for the crimes against humanity and emphasizes that the condemnation of crimes committed in the past is the most important guarantee for preventing the reoccurrence of such crimes in the future;

to condemn the crimes committed by Azerbaijan against the Armenian population of Baku and the violations of international humanitarian law, which constitute a threat not only to the Armenian people but also to the security, stability, and development of the entire region;

to take effective measures for their prevention.

On the occasion of the 30th anniversary of the Baku pogroms, a special sitting of the Inter-Parliamentary Committee on Cooperation between the National Assemblies of the Republic of Armenia and the Republic of Artsakh was held in Yerevan.