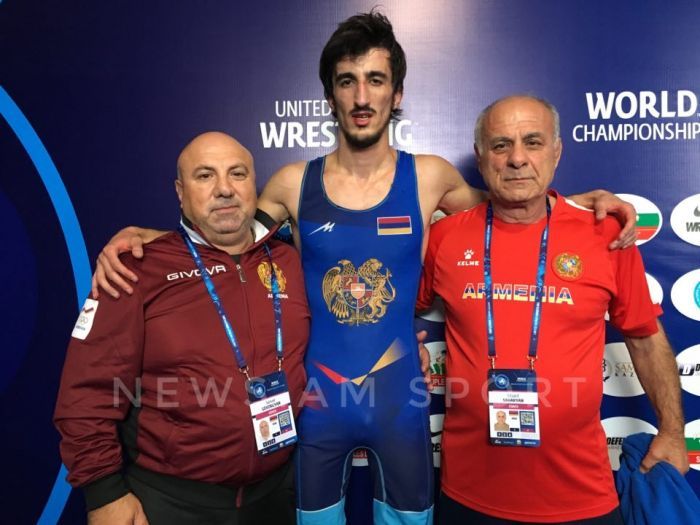 Slavik Galstyan: I want our team to take part in Olympic Games with large squad

In 2019, the Greco-Roman style fighter, member of the Armenian national team Slavik Galstyan (63 kg) became a bronze medalist at the World Championships in Kazakhstan.

In an interview with a NEWS.am Sport correspondent, Slavik Galstyan summed up the results of the year, talked about further plans, changing the weight category, competition with Karen Aslanyan and Mihran Harutyunyan and about the goals to take part in the Olympic Games.

The wrestler noted that he regrets only that he could not become a world champion.

When asked about changing the weight category, Galstyan noted that he had already won a medal in his weight category and decided to strive for higher achievements, to compete for a ticket to the Olympic Games.

In the final of the Armenian championship Slavik Galstyan defeated Karen Aslanyan, who after Rio 2016 was the leader in this weight category. Speaking about this, Slavik said that Karen is his friend.

Asked to speak about Mihran Harutyunyan, Galstyan said that he respects him very much as a fighter, but he had to come and compete in the Armenian championship in order to participate in the fight.

Slavik noted that he was completely ready to fight for the Olympic ticket, which would be his main goal in 2020.