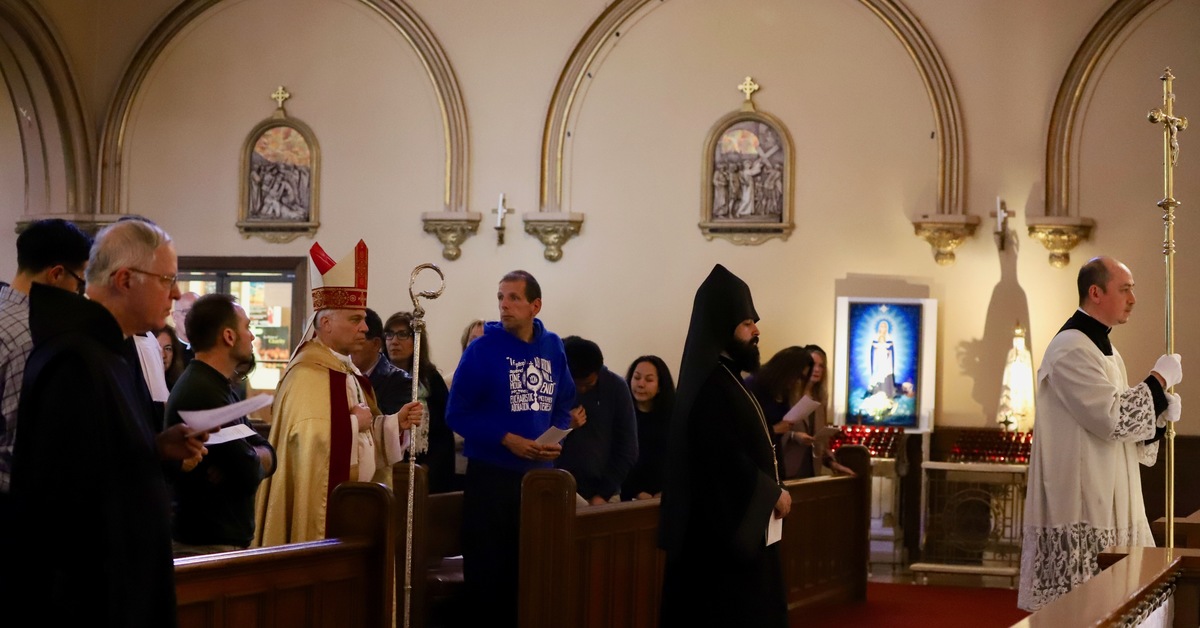 Armenian Orthodox pastor: ‘Religion freedom is one of God’s gifts to us’

The U.S. Conference of Catholic Bishops designated June 22-29 Religious Freedom Week. The week begins with the feast day of Sts. Thomas More and John Fisher, includes the Nativity of St. John the Baptist, and ends with the feast of Sts. Peter and Paul. This year, the week also included the Solemnity of the Most Holy Body and Blood of Christ (Corpus Christi) and the Solemnity of the Most Sacred Heart of Jesus.

Speaking on the vigil of the martyred English Catholic saints Thomas More and John Fisher, Father Shernezian said that today the Armenian faithful are the heirs of those martyred Armenians’ children because despite great efforts by Muslim Turks to re-educate them away from their Christian faith, the orphaned children retained their faith and language after “the first genocide of the 20th century” in 1915.

“When I use the word freedom or think about it, it naturally touches my whole identity and being, because as an ethnic Armenian, I know and I have felt how much my people suffered for their freedom and especially for the freedom of our religion,” said the 27-year-old ethnic Armenian and Lebanese immigrant. “That is why, delivering a homily about religious freedom comes from wounds and a different kind of experience.”

“I remember Mother Theresa’s beautiful words: “Do not wait for leaders; do it alone, person to person. Be faithful in small things because it is in them that your strength lies”. We cannot expect from the world or from the world leaders to respect religious freedom, when we are not able to respect others’ faith, belief or their differences,” Father Shernezian said. “We cannot expect changes from the society, when the religious practices and belief are limited within the sanctuary, only in prayers and worship, but not in action and behavior, especially in multicultural and multi-religious communities.”

Father Shernezian noted, “Our Lord Jesus Christ, took His love, His Words and His teachings, to all the communities of Israel, to Sadducees, to Pharisees, to Samaritans, to Zealots and even to Gentiles. His salvation was for all flesh (Luke 6:3). Jesus did not teach us loving only those who share our faith and belief, He taught us to love everyone. Religious freedom means to be freed from our humanly sights and see the image and likeness of our neighbors and behave accordingly.”

After vespers, the group including Father Shernezian and Archbishop Cordileone continued on to Stein’s, a restaurant nearby where the Orthodox Armenians and Catholics enjoyed a social hour together. The event was the first event of Religious Freedom Week, and this was the second year that vespers for religious freedom inaugurated Religious Freedom Week in San Francisco.

Valerie Schmalz is director of the Office of Human Life & Dignity of the Archdiocese of San Francisco.