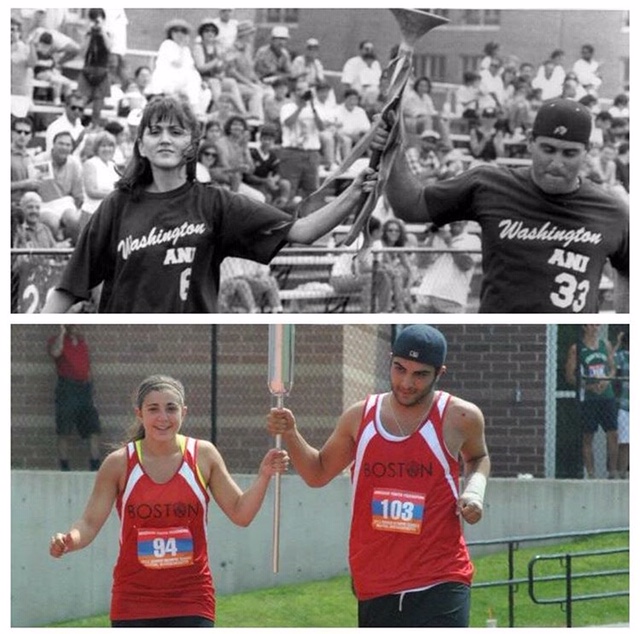 Looking Back on the History of the AYF Olympics

There is a wonderful history that has occasionally appeared in the Olympic Ad Books and was included in the 2018 Philadelphia book. The nine-page article, An AYF Olympic 75-Year Chronology, was written by AYF luminaries James Tashjian, Margaret Stepanian, Harry Derderian, Tom Vartabedian and Bob Tutunjian.
The Armenian Youth Federation (AYF) was established in 1933 under the auspices of the Armenian Revolutionary Federation (ARF) and the inspiration of the great Armenian military leader Karekin Nejdeh. The first convention was held in Brockton, Massachusetts in June of 1934. There were 44 delegates in attendance from the Armenian population centers in New England, the Mid-Atlantic and the Mid-West. The convention established the first by-laws of the organization.
They elected a Central Executive, which adopted a resolution “which bound the organization to a policy of annual ‘track and field games’ in which AYF Chapters, through their athletes would vie for ‘Olympic’ honors.” As James Tashjian wrote of that first AYF Olympics:
Modesty itself was the theme of the first annual Olympic games. Athletes at that meet competed in surrounds that were completely contrary to those which we enjoy today in many of the finer athletic stadiums. No imposing stands circumvented the unbroken greensward of secluded little Walker’s Field in Brockton, MA. The dashmen ran through lanes chalked out over the sod while the jumpers risked life and limb in pits that had been dug out of earth and improperly prepared.
Worcester took the honors in those first AYF Olympic Games with 38 points. They took first in every event which is a feat never seen again in the AYF Olympics. Every year since then, the winning point totals have increased as the number of events also increased with the addition of swimming, tennis, and golf over the years.
At the 1962 Games in Boston, Providence was the first chapter to break the 100-point mark. Detroit was the first team to break the 200-point barrier in the 1978 New Jersey games.
In the early years, all of the games were held in Connecticut, Massachusetts and Rhode Island. It wasn’t until 1947 when the games were held elsewhere starting in New York City. The ’48 – ’50 games were held in Syracuse, Philadelphia and Detroit respectively. In the 1970s, the Olympics were held twice in Canada, 1970 in Montreal and 1974 in Toronto, and in 1972 in Los Angeles. This year marks the fifth time Chicago will host the games. They did so previously in 1991, 1998, 2004 in which they were also the winners, and 2011.
From 1941 to 1997, Providence dominated the AYF Olympics. The Big Green Machine won 28 of the 36 Olympics in that time span. Since then Boston/Greater Boston, Philadelphia and Detroit have stepped up and made things more competitive. Providence has 40 championships, Detroit has 15, and Philadelphia has six.
To quote an AYF Olympic reporting mentor, Tom Vartabedian (Olympic King 2001): “Take a trip down memory lane and regale in nostalgia. This is the stuff of which sentiment is made. Put yourself back into history, yet look to the future. Without the past, there is no presence. And above all, take pride in belonging to such an eminent organization as the AYF.”
Related: Meet the 2019 AYF Olympics Steering Committee
Mark Gavoor