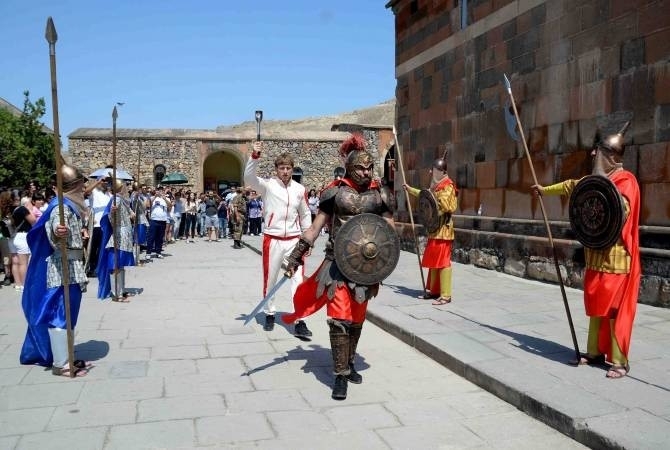 The second torch of the 7th Pan-Armenian Games was lit today by Olympic Champion Artur Aleksanyan.
The ceremony took place at Khor Virap, the monastery where Gregory the Illuminator was imprisoned for about 14 years by King Tiridates III of Armenia. S
aint Gregory subsequently became the king’s religious mentor, and they led the proselytizing activity in the country. In the year 301, Armenia became the first country in the world to be declared a Christian nation.
Lighting the torch, Aleksanyan said sport is a means to unite Armenians worldwide.
The first torch was lit in Western Armenia near Musa Dagh last week. A third torch will be lit in Artsakh’s Tigranakert.
The three torches will be brought to Stepanakert on August 6, where the opening of the opening of the games is expected to take place.
The Pan-Armenian Games will take place from August 5 to 17.