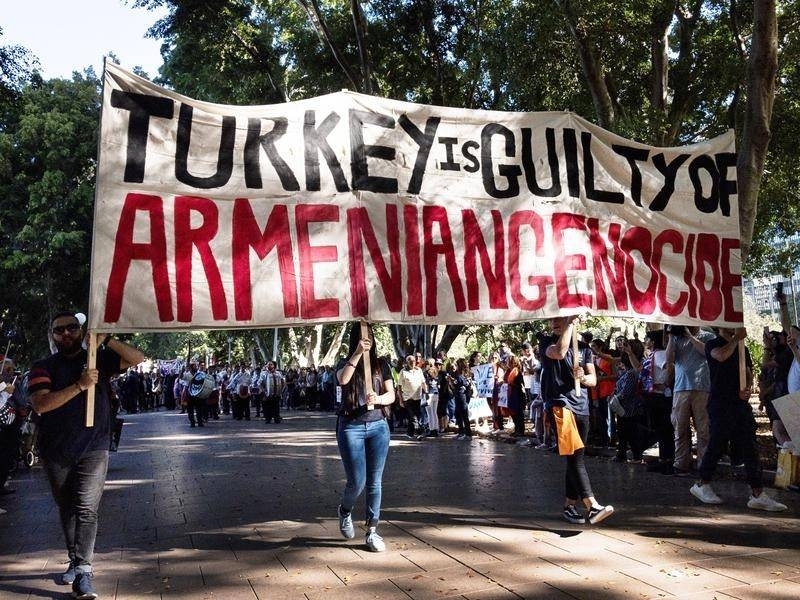 Hundreds of Armenian demonstrators marched in Sydney, calling on the Australian government to recognise the Armenian Genocide, Newcastle Herald reports.
Many of the demonstrators beat drums and waved flags as the procession wound its way from Hyde Park to Circular Quay on Sunday afternoon.
Large banners read “Turkey is guilty of Armenian genocide” while smaller placards called on Australia to stand with the victims of the crime.
Refusal to use the term “genocide” denies surviving families a chance to heal from the trauma, Armenian National Committee of Australia’s executive director Haig Kayserian told the Australian Associated Press on Sunday.
“We’re talking about thousands of Australian citizens 14,000 km away from where their ancestors were deported 104 years ago, saying they’re going to continue to march until justice is done.”
Mr Kayserian said the Armenian community expect Prime Minister Malcolm Turnbull and the federal government to stop using human rights “as a bargaining chip with a foreign dictatorship”.
“What we are expecting is (it) to stop kowtowing to a foreign government which is trying to write Australian foreign policy,” he said.
“We’re looking for Australia to stand up and take a stance so Australian values are upheld when it comes to human rights.”
Minister for Foreign Affairs Julie Bishop has been contacted for comment.