The origin of the Armenian Alphabet 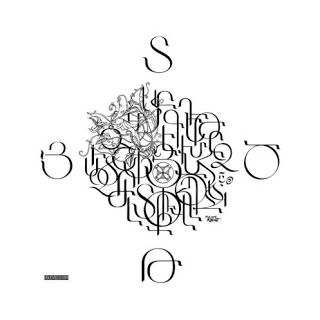 Armenian Erkatagir- Armenian letters woven together Did the Armenians have  an alphabet before Mashtots?  There is evidence which supports this assertion. One of the Classical accounts about the existence of an Armenian alphabet comes from Philo of Alexandria (20 BCE – 50 CE), who in his writings notes that the work of the renowned Greek philosopher and historian Metrodorus of Scepsis ( ca. 145 BCE – 70 BCE),On Animals, was also translated into Armenian. Metrodorus was a close friend and a court historian of the Armenian Emperor Tigranes the Great.
Amongst his great works, Metrodorus also wrote the biography of the King of Kings, Tigranes the Great. Another Third Century Roman History and Church theologian, Hyppolytus of Rome (170-235 CE), in his Chronicle, while writing about the history of the reign of his contemporary, Emperor Alexander Severus (reigned 208-235 CE), mentions that the Armenians are amongst those nations who have their own distinct alphabet.
Philostratus the Athenian, a renowned sophist of Second and Third centuries AD in his The Life of Apollonius of Tyana, wrote:
“And they say that a pard was once caught in Pamphylia which was wearing a chain round its neck, and the chain was of gold, and on it was inscribed in Armenian lettering: ‘The king Arsaces to the Nysian god.’” (Philostratus, The Life of Apollonius of Tyana, Book II, Chapter II, pp. 120-121, tr. by F. C. Conybeare, 1912)
According to the Fifth Century Armenian Historian Movses of Khoren, Bardesanes (154-222 CE) of Edessa, who founded the Gnostic current of the Bardaisanites, went to the Armenian castle of Ani and there read the work of a pre-Christian, Armenian priest by the name of Voghyump, written in the Mithraic (Mehean or Mihrean lit. of Mihr or of Mithra – the Armenian national God of Light, Truth and the Sun) script of the Armenian temples in which, amongst other histories, an episode was noted of the Armenian King Tigranes VII (reigned from 144-161, and again 164-186 CE) erecting a monument on the tomb of his brother, the Mithraic High Priest of the Kingdom of Greater Armenia, Mazhan. Movses of Khoren notes that the renowned scholar Bardesanes, translated this Armenian book into Syriac (Aramaic), and later also into Greek. Another important evidence for the existence of a pre-Mashtotsian alphabet is the fact that the Armenian heathen pantheon included Tir, who was the Patron God of Writing and Science.
A 13th century Armenian historian, Vardan Areveltsi, in his History, notes that during the reign of the Armenian King Leo the Magnificent (reigned 1187-1219), artifacts were found bearing “Armenian inscriptions of the heathen kings of the ancient times…” The evidence that the Armenian scholars of the Middle Ages knew about the existence of a pre-Mashtotsian alphabet can also be found in other medieval works, including the first book composed in Mashtotsian alphabet by the pupil of Mashtots, Koriwn, in the first half of the Fifth Century. Koriwn notes that Mashtots was told of the existence of ancient Armenian letters which he was initially trying to integrate into his own alphabet (according to the research done by Gevork Nazaryan, Armenologist, Historian (http://www.armenianhighland.com/index_light.html). To get more information one can also read the research done by Levon Pogosyan http://ru.scribd.com/doc/236975940/%D4%B3%D4%BB%D5%90%D5%94(p.22)
Although a lot of the ancient Armenian culture was swept aside with the dominance of the new religion, there is still some pagan influence felt today, a reflection of which can be found in that very god, Tir, referred to as the “Writer” or “Grogh” (“Krogh” in Western Armenian).   God Tir who was the God of Literature, Science and Art, the God of wisdom, culture, science and studies,  was also an interpreter of dreams. Tir was the messenger of the gods. His temple was called “Aramazds grchi divan” and meant for studying sciences. His temple was the seat of oracles, the interpreter of dreams, the defender of arts and letters. Tir was called the scribe of Aramazd.
The problem of the origin of the Armenian alphabet has always been on the focus of the attention of Armenology. Traditionally in scientific circles the opinion that the Armenian alphabet essentially was formed on the base of the Greek, Aramaic and Iranian letters has gained ground.
Vahan Sargsyan proposed a new method to decipher the Armenian letters – the method of internal reconstruction. The author observes the problem of the origin of the Armenian letters apart from the external comparison exclusively basing on data internals of Armenian.
The essence of the internal reconstruction is as follows:
Let’s briefly present the process of formation of the Armenian alphabet underlining the principal tendencies and orders.

The parted circle according to its structure stands rather close to the symbols of ram which are rather frequently met in rock carvings. As the result of the changes of these symbols the character Ա  emerged. Here we have some of the above mentioned symbols:

As it seems probable, in ancient times this Armenian character has stood for the ար  (ar), as the animals imaged by them are the rams the Armenian names of which are առն արու (arren, aru). There is also an Armenian word այծ (aits) “goat”, the old form of which is արտի (arti) “wild mutton”, formed by the root ար (ar). It is not casual that Armenians have given to the rock carvings the denomination իծագիր (itsagir) “goat scripts”. As it refers to the denomination այբ (aib) for the letter Ա (A), it is connected with the Armenian word արեւ (arev) “sun” (result of the transformation արեւ – այբ (arev-aib)) that is to say ancient Armenians have called the first letter of their alphabet by the name of the sun.
Later the character Ա  (A), which was pronounced as ար (ar) was separated into two parts turning into two different letters -Ա (A) and Ր (R):

It is possible that in the epoch of rock carvings the character Յ  might be pronounced as այ (ay) instead of simple յ (y).
The following process of the internal reconstructions of the Armenian letters is connected with the gradual transformations of the diphthong այ (ay), as well as, if the  character Յ via the principle of the partition of the graphic character. Here we have the principal variants of the evolution:

The above mentioned reconstructions concerned to the principle of the partition of character, when a character was formed as a result of a gradually partition of the graphic image. Let’s refer to the other modes.

Generally, the major part of the Armenian characters has been formed by the principle of graphic analogy based on sound analogy. In Armenian, for instance, the sound յ (y) has received the pronunciation h (h) յաղթել-հաղթել (yaghtel-haghtel) “to vanquish”, յարել-հարել(yarel-harel) “to connect”, յայտնի-հայտնի (yaytni-haytni) “evident” , etc. That means that the Armenian character Հ (H) might have  derived from the character Յ (Y). It might have been proceeded in the following way:

Armenian alphabet is modified svastika
Armenian alphabet is not only modified swastika but also there is secret information and sacred, civilized, scientific knowkedge, sacerdotal knowledge about stars (constellations, longitude and latitude), galaxy (the model of galaxy creation), It is proved by the fact that one (with 36 signs-letters) can express the numbers from 1 to 10000, without using any other signs, that is the ideal comparison of system of 6 (which was common to the Armenian Highland) – I mean 60 minutes, 360° and the system of 10, devision of sky into 3*12….
according to the research by Armen Davtyan
According to the research done by Vahan Sargsyan
Other sources are mentioned in the article