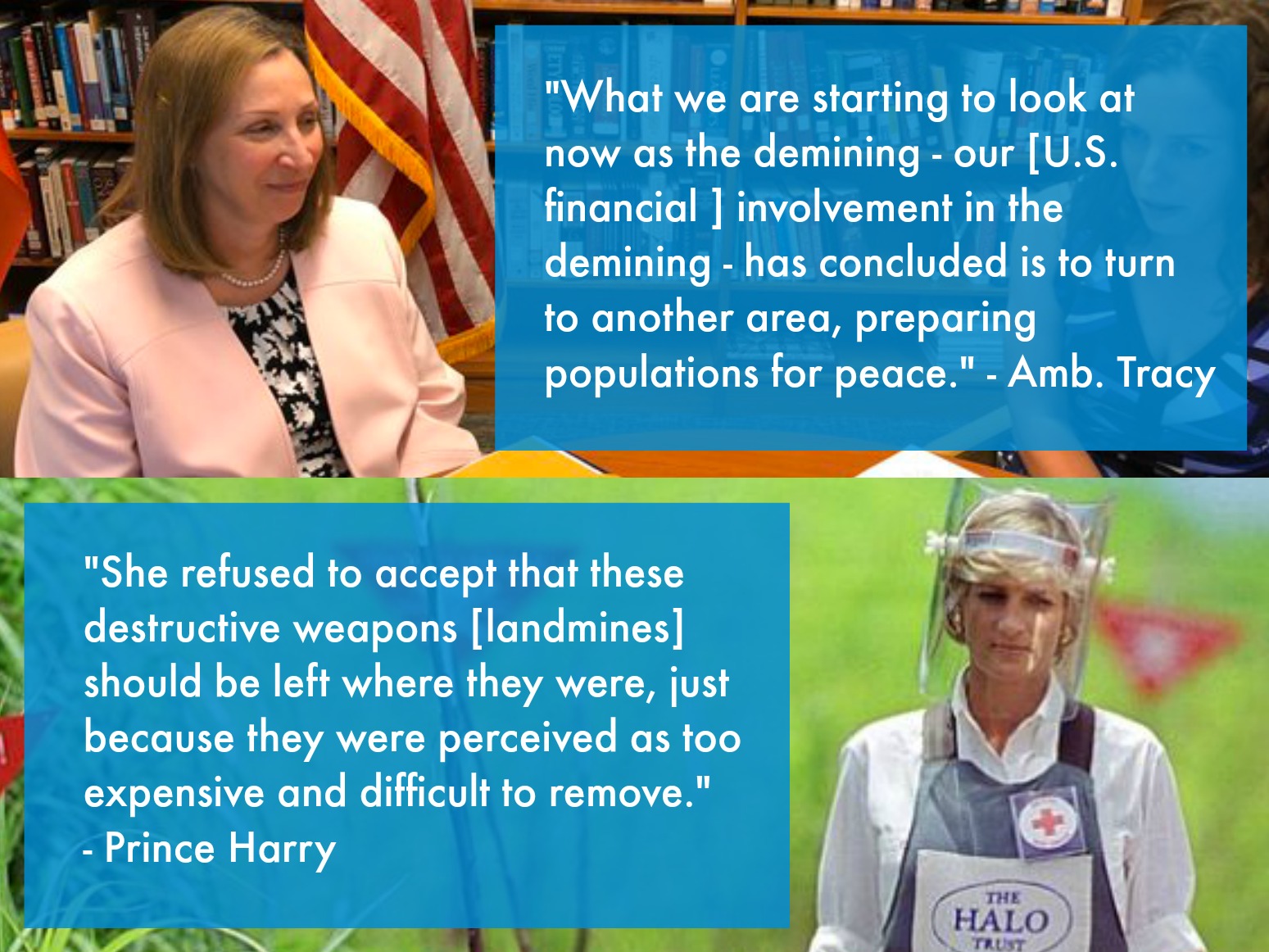 WASHINGTON, DC – As Azerbaijan continued large-scale military exercises this week, amid a $100 million U.S. military aid escalation to Baku, US Ambassador to Armenia Lynne Tracy announced – during a Facebook Live appearance – that the Trump administration is ending USAID’s humanitarian Artsakh demining program in favor of initiatives that “prepare populations for peace,” reported the Armenian National Committee of America (ANCA).

“We’re deeply troubled that Ambassador Tracy – while Azerbaijan is conducting war-games — announced that the State Department is pulling the plug on the life-saving Artsakh humanitarian demining program,” said ANCA Communications Director Elizabeth Chouldjian. “It appears that the current administration defines ‘preparing populations for peace’ as ending lifesaving demining programs in Artsakh while sending over $100 million in military security assistance to Azerbaijan. This is unacceptable. We will continue to work to ensure that the US Congress has the last word on this subject,” added Chouldjian.

During a Facebook Live presentation held at the U.S. Embassy in Yerevan on Thursday, Ambassador Tracy fielded a viewer question on US funding for Artsakh demining, the transcript of which is provided below:

Kelly Long, US Embassy to Armenia Press Attache: We have received one other question about the future of the U.S. assistance to Nagorno Karabakh regarding the demining program, which, I think as many people know, concluded. Please comment.

Ambassador Lynne Tracy: So, we are very proud of the work that we supported through the demining program to help in a humanitarian way the people of Nagorno Karabakh. We think the investment of $17 million dollars over nearly the past 20 years has been extremely successful. And so what we are starting to look at now as the demining – our involvement in the demining – has concluded is to turn to another area – preparing populations for peace, which is in support of the work of the Minsk Group, to see what kind of activities we can conduct in this space to help toward that goal of achieving a lasting peaceful settlement of the conflict.

Ambassador Tracy’s statement and the State Department’s position on U.S. funding for Artsakh demining is in sharp contrast to multiple calls by over 100 Senate and House members for the inclusion of a $1.5 million Artsakh demining allocation in the FY2021 foreign aid bill. Over the past month, Congressional Armenian Caucus Co-Chair Frank Pallone (D-NJ) was joined by over 75 House colleagues in support of the effort, while Senate Foreign Affairs Committee Ranking Member Robert Menendez (D-CA) and 30 Senate colleagues made a similar request. The ANCA continues to lead a nationwide online campaign in support of ongoing funding for The HALO Trust’s Artsakh demining effort with over 10,000 advocates taking action over the past months.

Ambassador Tracy and the State Department more broadly have not commented on US efforts to prepare the Azerbaijani population for peace or condemned Azerbaijan’s military exercises, which threaten to destabilize the Caucus region amidst the ongoing pandemic. Yesterday, 18 US House members expressed “grave concern” regarding Azerbaijan’s May 18-22 military exercises calling on US Secretary of State Mike Pompeo, Secretary of Defense Mark Esper and the Organization for Security and Cooperation in Europe (OSCE) Minsk Group Co-chairs to “immediately condemn the reckless actions of the Azerbaijani military” and to work with U.S. allies and international partners to halt the provocative actions being taken by the Aliyev regime. The members of Congress were “especially concerned” about the $100 million in U.S. security assistance to Azerbaijan, sent through Section 333 Building Partner Capacity Program. “The aid appears to have allowed Azerbaijan to shift resources toward offensive capabilities and further threaten Armenian lives and regional stability as the Co-Chairs of the Congressional Caucus on Armenian Issues warned in letters sent to you in September and November of 2019,” stated the Congressional letter to Secretaries Pompeo and Esper.
ANCA