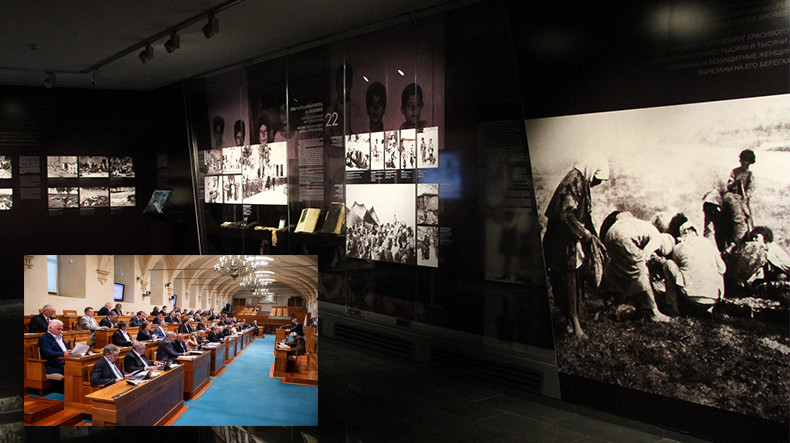 The Czech Senate condemned the crimes against humanity committed by Nazis during World War II and the Armenian genocide in the Ottoman Empire 105 years ago in a resolution on Wednesday, Ceske Noviny reported.

“At its plenary session on May 20, the Senate of the Czech Republic unanimously adopted a resolution on the 75th anniversary of the end of World War II and the atrocities committed against humanity during the two world wars, including the condemnation of the Armenian Genocide,” the statement read.

The resolution was presented by Senate Vice-President Milan Štěch.
The Prague Morning reminds that in April 2017 the Chamber of Deputies of the Czech Parliament approved a resolution, condemning the genocide of Armenians and other religious and national minorities in the Ottoman Empire during the First World War.

The European Armenian Federation for Justice and Democracy (EAFJD) welcomed the move by Sentate. “It is notable that, for the second time in 3 years a Czech legislative house officially recognizes the Armenian Genocide. This resolution is another step forward towards the full international recognition of the Armenian Genocide. On this occasion, we call on the parliaments of the remaining few EU Member States that have not yet adopted similar resolutions to do their duty of remembrance and urge Turkey to finally recognize and provide just reparations for the Armenian Genocide.” said EAFJD PR and Communication officer Harout Chirinian.