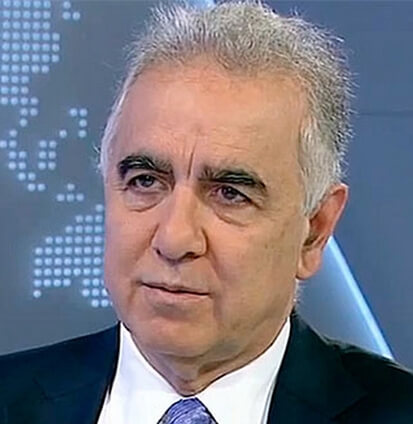 Libya’s Interim Government recognized the Armenian Genocide on April 24, 2020, for the second year in a row. On April 19, 2019 the provisional government had issued a similar recognition.

While this recognition may surprise many people because there is hardly a single Armenian living in Libya, there are, however, geopolitical reasons for taking such an action. Ever since the toppling and killing in 2012 of Muammar Gaddafi, the leader of Libya, the country has been in constant turmoil with various military factions fighting each other to rule Libya.

The officially recognized government of Libya is limited around coastal Tripoli and Misrata, while most of the Libyan territory is occupied by the Interim Government led by military leader Khalifa Haftar. The internal civil war has been considerably expanded by the interference of external powers in Libya’s domestic affairs. Turkey and Qatar have supported the Central Government with Islamic fighters and military hardware, while the Interim Government has been endorsed by Egypt, Saudi Arabia and the United Arab Emirates (UAE).

The countries on the opposing sides in Libya are also involved in diplomatic clashes and mass media wars. Last month Saudi Arabia announced that it was blocking access to Turkish news agencies and websites. In return, Turkey blocked Saudi and Emirati news outlets. Furthermore, Turkish President Recep Tayyip Erdogan supports the Muslim Brotherhood, while Saudi Arabia, Egypt and UAE are opposed to the Muslim Brotherhood. Egypt and Turkey have been feuding ever since the pro-Muslim Brotherhood President of Egypt Mohammed Morsi, supported by Turkey, was toppled in 2013. Egypt, Saudi Arabia and UAE have asked their citizens to boycott Turkish products and travel to Turkey.

These various regional and internal feuds have prompted the recognition of the Armenian Genocide by the Libyan Interim Government’s Ministry of Foreign Affairs and International Cooperation on April 24, 2020. Here is the text of the announcement translated into English:

“We recall today the genocide of the Armenian population by Turkey which falls on April 24 of each year. The State of Libya commemorates this anniversary in implementation of Government Decision No. 238 of 2019, which approved this day as a national day to revive it.

“Turkey’s criminal actions against the Armenian people by burning, deliberate killing, forced deportation, and other ugly acts contrary to all divine laws is a crime against humanity and it must be recognized and granted an official apology to the Armenian people and compensate them for the pains that these massacres have caused which cannot be forgotten from the memory of Armenians and the whole world. As we condemn this crime devoid of any element of humanity, we again call upon the countries of the world to recognize this heinous crime.

“It is today’s Turkish government, in its new situation, which commits crimes against the peoples of the world by its blatant interference in their internal affairs. Perhaps what it carried out yesterday by bombarding the city of Tarhuna [Libya] with missiles and drones, killing children, the elderly and women, destroying humanitarian convoys, food and medical aid, fuel tanks, bringing in mercenaries and supporting terrorists are other crimes added to a chain of Turkish crimes against people and confirms to the whole world the extent of Erdogan’s arrogance and his disregard for all international laws and norms.”

On April 19, 2019, the Libyan Interim Government had issued a similar statement through its Foreign Ministry which reads as follows:

“The Interim Government officially adopted a resolution in March recognizing the Armenian Genocide.

“On 24 April 1915, the Ottoman authorities rounded up, arrested, and deported from Constantinople (now Istanbul) to the region of Ankara, 235 to 270 Armenian intellectuals and community leaders, the majority of whom were eventually murdered.

“This was followed by the deportation of women, children, the elderly, and the infirm on death marches leading to the Syrian Desert. Driven forward by military escorts, the deportees were deprived of food and water and subjected to periodic robbery, rape, and massacre.

“The final death toll of the genocide is reported to be 1.5 million.”

It should not be surprising that the Libyan Interim Government has issued a statement on the Armenian Genocide because it serves its anti-Turkish political agenda. It would have been more surprising if such an announcement would be made contrary to its own interests.

All countries cater to their national interests. The Armenian government must also act in a similar manner. Libya is a good example. This is the second year in a row that its Interim Government has recognized the Armenian Genocide. What has been the reaction of the Armenian Government? We are not aware of any public comment to this effect. Wouldn’t it be proper for the Armenian Foreign Ministry to issue a statement welcoming the Libyan announcement? Someday the Interim Government may become the legally recognized government of Libya. Now is the time for Armenia to establish friendly relations with Libya. As Turkey has been isolating Armenia from its neighbors by its blockade and its anti-Armenian economic and diplomatic efforts, Armenia in response should join hands with supportive countries and isolate Turkey to whatever degree it can.

By establishing good relations with the Libyan Interim Government, Armenia would also be in a good position to affirm its relations with Egypt and the United Arab Emirates and mend its non-existent relations with the Kingdom of Saudi Arabia. I am sure these countries would appreciate the friendly hand extended by the Government of Armenia.