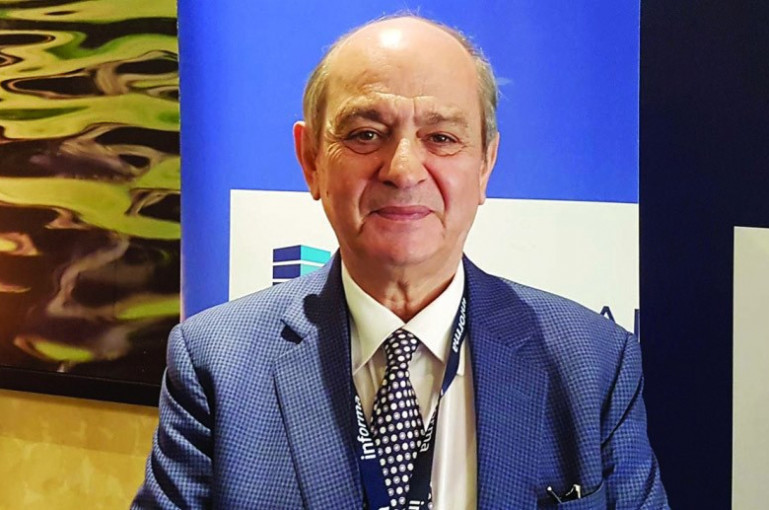 Upon Tert.am’s request, Ohan Balian, the Chief Economist at the Abu Dhabi Chamber of Commerce and Industry, has shared his thoughts over the economic impact of the coronavirus (COVID-19) pandemic, proposing his solutions to overcome the expected challenges.

According to him, countries which invest more in education are expected to come out much stronger after the economic shocks given that unemployment is in the “relatively unskilled category” of the population.

His full analysis is below:

You don’t have to be a professional economist to see that economies all over the world are slowing down because of this unfortunate virus. While reading this article, you’re probably sitting at home and not producing anything except if you’re working in a professional skilled sector such as in banking, accounting, legal services, education, online sales, or in some other activity which does not always require a face-to-face physical presence. Even if you’re working from home, your productivity might not be as high as your productivity at the office which implies your salary has probably gone down too. If you were working in the manufacturing or construction sectors, your income is much lower now than those working in these professional skilled service sectors except for those who were working in the tourism sector which has been hit the hardest. And there are many other sectors in a modern economy which can be identified as the most affected sectors, and depending on the contribution of these sectors in the total production of the economy, you don’t have to be a rocket scientist to see that total production in all the economies of the world has fallen.

You will also realize that because of this fall in productivity and incomes, your standard of living has also fallen. You are not able to take your family out for entertainment or to a restaurant, you are not able to consume more of the goods and services you like (even if you have the money for it), and consequently your total spending as a household has fallen and you are probably thinking of saving more until this economic crisis is over.

In other words, economic activity has considerably slowed down and in some countries it has stopped completely (especially in some sectors such as the tourism sector) simply because workers are earning much less and therefore are spending less which means factories are producing less and hiring fewer workers, which means unemployment is increasing, which in turn means workers are earning less so they will spend even less and factories will produce even less and unemployment will increase even more…. and this chain of reasoning goes on and on in the circular-flow-of-economic-activity until total demand and total production begin to rise.

This is a simple, yet realistic description of the mechanics of market-type capitalist economies in most of the world, a system in which a so-called “invisible hand” makes sure that what people want or demand is produced by what the factories provide or supply at reasonable prices. In other words, demand creates supply, and if there is no demand, there will be no supply. What is the point of supplying goods and services by factories and service providers if there is no demand for these goods and services? This interdependence between demand and supply is known as the circular-flow-of-income in a modern economy, unlike in the former communist countries where the government provided or supplied most of the goods and services without much consideration about what households wanted or demanded. In modern capitalist societies, it is demand which creates supply whereas in communist economies it was supply which created demand. The capitalist system is guided by the “invisible hand” of the market, and the communist system was guided by the “visible hand” of the government.

The cause of this economic crisis is therefore a dramatic fall in total demand. Total demand, in turn, means the demand for goods and services bought by households, by factories (as inputs in their production processes) and by the government (such as military spending and the construction of roads, schools, hospitals, and others). This crisis has also made economies less open to the rest of the world as imports and exports of goods, services, and people have been reduced because of various restrictions. This is the final component of total demand in an economy and with the speed of globalization in recent years, the share of this component has increased considerably making economies more interdependent and vulnerable to external shocks such as the shock caused by the virus in China, a place far away from Armenia. Production of goods these days is scattered all over the world through supply chains and China has been known as the “factory of the world” which is another reason for the economic slowdown in China and which quickly spread to the rest of the world.

It is interesting to compare the current slowdown in economic activity with the global economic slowdown in the 1930s known as the Great Depression during which incomes fell by 50% and unemployment rose dramatically in most of the world. At the time, the capitalist system blindly believed in the forces of the “invisible hand” and the world thought that economies will automatically adjust without any government interventions. Unfortunately, the Great Depression lasted over 4 years until the “visible hand” of the government intervened by stimulating total demand to enable factories to supply more goods and services so that they could hire more workers and pay them higher wages who in turn bought more goods and services and eventually reduced the high rates of unemployment. In other words, the “visible hand” of the government and the “invisible-hand” of the market began to work together as two hands.

This is the current thinking for overcoming this crisis, but the big advantage that the world has today compared to the 1930s is that governments have many more policy instruments to stimulate total demand and hence the economy. Policy instruments such as interest rates, government spending, taxes, and injections of more money into the circular flow of economic activity. The question therefore is not whether the government should or should not intervene in the workings of a free market type capitalist economy, but how it should do so? The old approach, in both capitalist and communist systems, was that the government issued directives and orders, and the private sector followed these orders without any objections. The modern approach, an approach taken by many successful Asian countries such as Japan, Korea, and Singapore, to name just a few, is for the government to work closely with the private sector to identify direct and indirect business costs that only the private sector is aware of. This information must be effectively communicated to the government so that it can take targeted actions to address specific problems faced by the private sector. In other words, in the modern successful approach (as proven by the successful economic experiences of these Asian countries), the private sector and the public sector are on a more level-playing field in which businesses and the government work hand-in-hand without the government losing its autonomy. This approach, however, is more easily said than done because of special interest groups who try to direct the financial support of the government to their own industries and sectors because of corruption (in both business and government), bureaucratic red-tape, and most importantly because of the uncertainty associated with the difficulty of accurately identifying the problems faced by businesses.

The short-run impact of this unfortunate virus on the global economy will certainly be negative because of the dramatic fall in total demand and we must bear in mind that the policies currently used by governments have a time lag – i.e. their impacts will not be immediate. So expect the standard of living to also fall which most of us are now experiencing by sitting unproductively at home. The long-run impact will be positive because after the virus is controlled, total demand will begin to increase which in turn will enable factories to produce more by hiring more workers who in turn will increase their spending on goods and services which will enable factories to produce even more in turn hiring more workers who will have more income and this circular flow of economic activity will go on and on until another economic shock hits the economy. So, it is not the end of the world after all!, but countries which invest more in their education systems will come out much stronger after these economic shocks because most of the unemployment is in the relatively unskilled category (workers in the transport sector, tourism sector, construction sector, low skilled manufacturing sector, and other sectors) or those workers who cannot physically work from home. As you have probably noticed, most of the people working from home are people with relatively high levels of education, and Armenians are fortunately endowed with high levels of human capital and education in both Armenia and in the rest of the world.

No wonder “high” in English means “Hye” in Armenian.