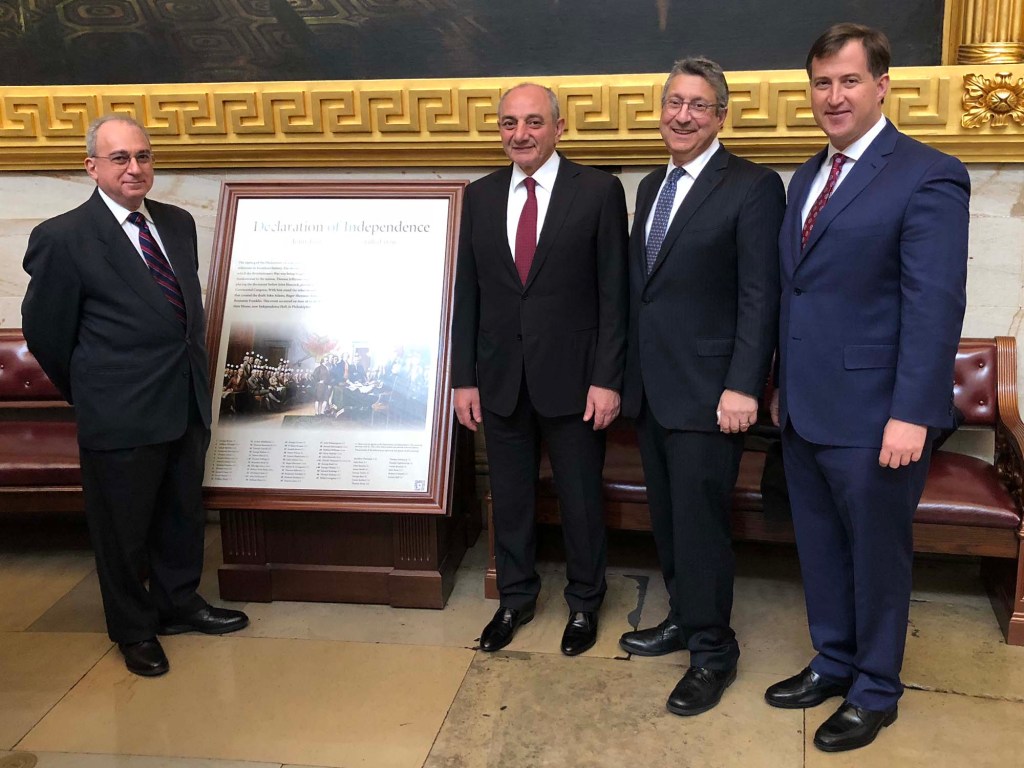 Washington, D.C. – The Armenian Assembly of America (Assembly) applauds the people of Artsakh for their commitment to and participation in Artsakh’s (Nagorno Karabakh) democratic process, reported the Assembly.

Today, both presidential and parliamentary elections were conducted with a turnout of over 70 percent. Based on initial reports, the elections, which were multi-party and multi-candidate, were conducted in a free, fair and transparent manner with nearly 50 polling stations providing live streams online. Current president Bako Sahakyan was not running for re-election.

“We congratulate the people and government of Artsakh for their ongoing commitment to democracy and the rule of law,” stated Armenian Assembly Co-Chairs Anthony Barsamian and Van Krikorian. “Regrettably, but predictably, on the eve of the elections in Artsakh, the Azeris targeted Armenian villages wounding two servicemen as well as a child. Until Azerbaijan fundamentally changes its policy of targeting Armenians, the prospects for peace remain elusive at best,” added the Co-Chairs.

“In addition, statements about Artsakh’s elections from one of the least democratic countries in the world, Turkey, are neither helpful nor warranted. This misplaced criticism is just more confirmation about the dangers authoritarian leaders such as Erdogan and Aliyev pose to Armenian Christians and to the rest of the planet and further demonstrates the need for Artsakh to be directly involved in the negotiation process,” the Co-Chairs continued.

Against this background, the OSCE Minsk Group Co-Chairs’ statement is an apparent step backward from its 2012 statement on Artsakh’s presidential election. “This is all the more troubling given the recently issued constructive statement calling for the heightened observance of the cease-fire in light of the pandemic. It is deeply troubling to see any OSCE country not endorse democratic government when there is such an increase in authoritarianism in a growing number of OSCE member countries. American and OSCE principles require support for democracy and free elections, not genocidal regimes. This statement also, unfortunately, reflects a step backward in the peace process as the Minsk Group mandate included full participation of the NK elected authorities in negotiations, and this indicates that a sustainable, fair and mutually agreed resolution of the conflict is not close,” Assembly Co-Chairs Barsamian and Krikorian concluded.

This release will be updated when the official results are published.