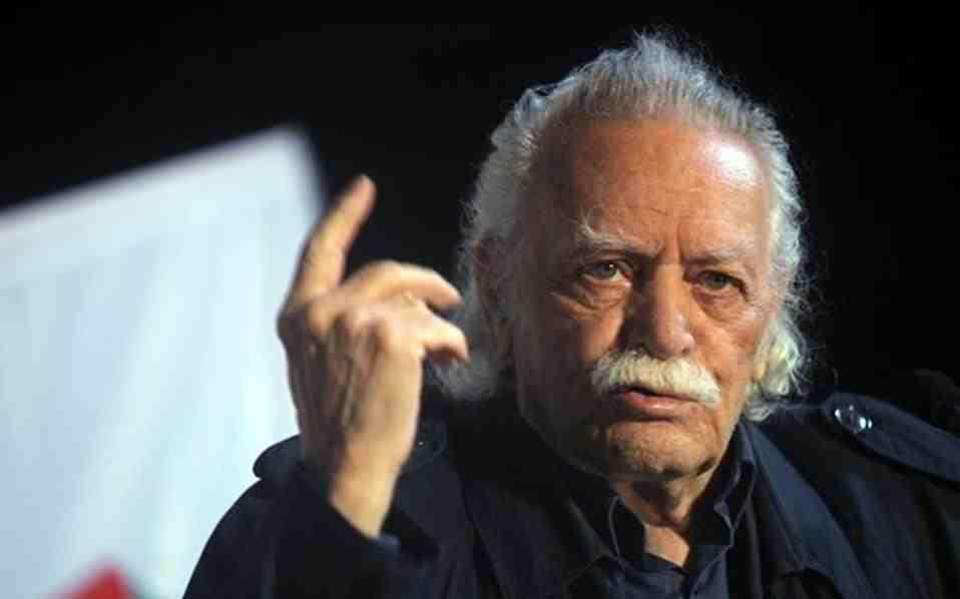 Veteran leftist and resistance fighter Manolis Glezos has died at the age of 97.

He died of heart failure, according to reports.

An active member of Greece’s resistance to the Nazis, Glezos is best known for tearing down the Nazi flag from the Acropolis in 1941 as occupying German forces conquered Athens.

Glezos was politically active until the end, strongly campaigning against the austerity imposed on Greece during its financial crisis.

Leftist SYRIZA leader Alexis Tsipras described him as “brave, upright, a fighter until the very end.”

“He will remain for all eternity the symbol of a fighter who knew how to sacrifice himself for people,” Tsipras said. “The Left, all of us, today feel like orphans, but also lucky to have walked with him.”

Foreign Minister Nikos Dendias, for his part, described Glezos as “a major figure of the national resistance against the Nazi occupation.” “His stance inspired us all, irrespective of ideologies and parties,” he said.