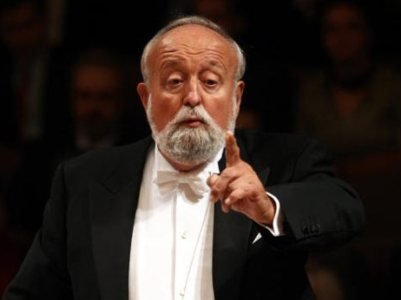 Born on November 23, 1933 in the Polish city of Dembitse, Krzysztof Penderecki became a professor of polyphony and composing and taught those subjects in Germany and the US. Between 1966 and 1968, he taught at the Volkwang Hochschule für Musik in Hessen, Germany.

His first public performance abroad was on the sidelines of the Warsaw Autumn Festival in 1959.

Penderecki became internationally recognized in the 1960s when his work “Threnody for the Victims of Hiroshima” was performed.

In 1968-69, Penderecki composed his first opera (The Devils of Loudon) by the order of the Hamburg Opera, and the premiere of the opera took place in 1969.