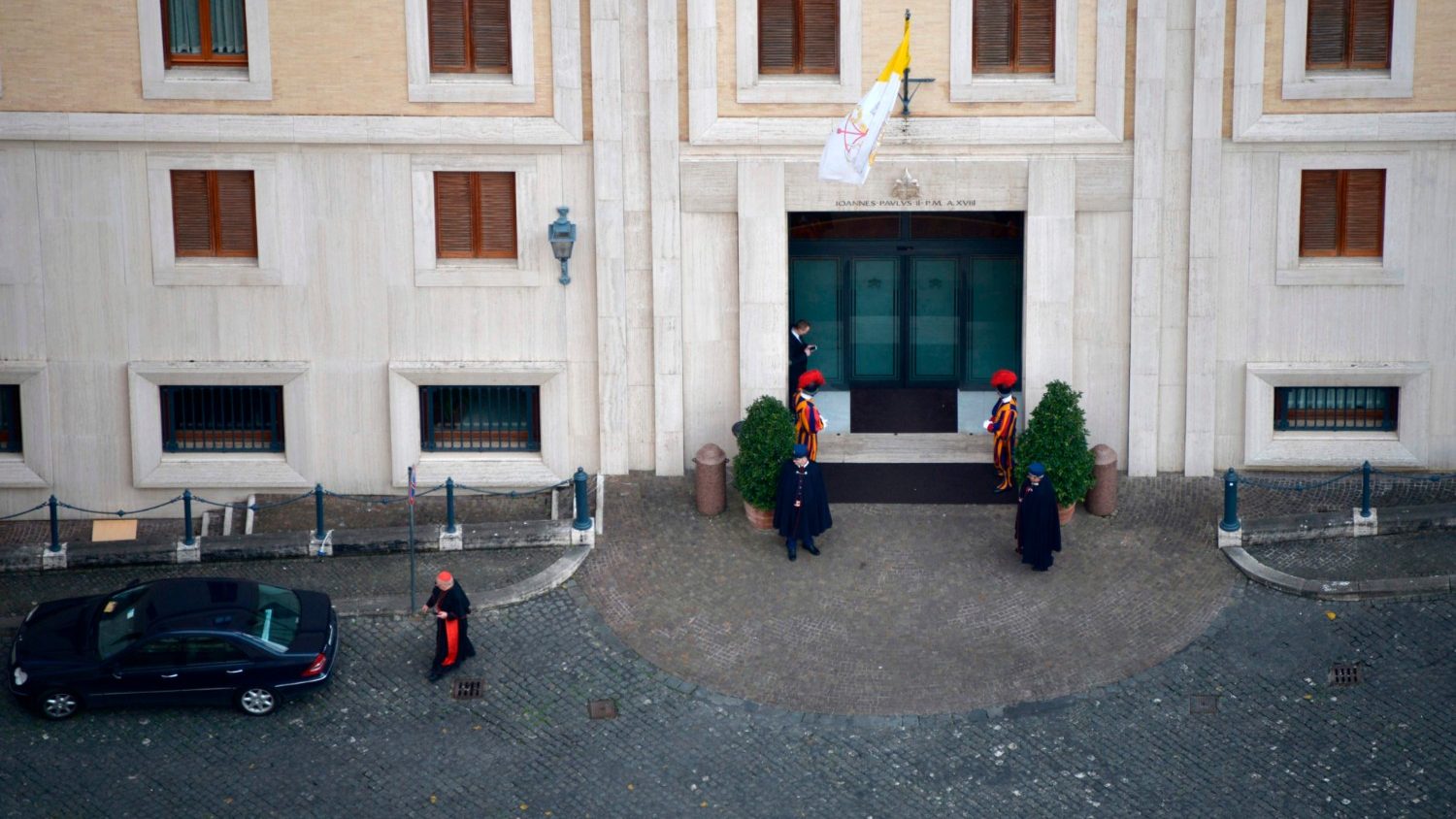 The results have confirmed the absence of positive cases among those residing at Casa Santa Marta. All necessary precautions have been taken. The Pope and his closest collaborators are not involved.

There are two new positive cases of the Covid-19 virus in the Vatican. The Director of the Holy See Press Office, Matteo Bruni, confirmed this in a statement released on Saturday afternoon, referring to the results of analysis undertaken by the health department.

Bruni stated that in the past few days the Health and Hygiene Department had been conducting tests “in compliance with the directives on the coronavirus emergency”. Among the samples taken, one of them turned up positive for the Covid-19 virus. The person in question is an “official of the Secretariat of State” as well as a “resident in Santa Marta”. Since he had already manifested symptoms, he was already in isolation. “At the moment, his health condition is not particularly critical”, Bruni continued, “but as a precautionary measure, the person has been admitted to a Roman hospital and is under observation”. The Vatican’s Health and Hygiene department is in close contact with the hospital.

As soon as this positive case of the virus came to light, Bruni said that “measures were taken according to the health protocols provided, both with regard to the sanitation of the environment, the place of work and residence of the person concerned”. Authorities have also tried to “reconstruct the contact he had with others in the days preceding the test results”. These people have also been tested. The results of those tested have “confirmed the absence of other positive cases among those residing in the Casa Santa Marta”, as well as among the official’s colleagues.

In addition, to be on the safe side, “appropriate sanitation measures were adopted”. A further 170 Holy See employees and residents of the Casa Santa Marta underwent testing. “The results on these latest tests were all negative”, Bruni’s statement reads.

The new total of those affected by the Covid-19 virus among employees of the Holy See and citizens of Vatican City State now stands at 6. “I can confirm”, Bruni’s statement concludes, “that neither the Holy Father, nor his closest collaborators, are involved”.

From the statement of the Director of the Press Office, it is clear why the Holy See waited until all the test results were in, prior to providing this information, so as to be able to state, on the basis of these results and the measures taken, that both the Casa Santa Marta residence and the offices of the Secretariat of State are safe.