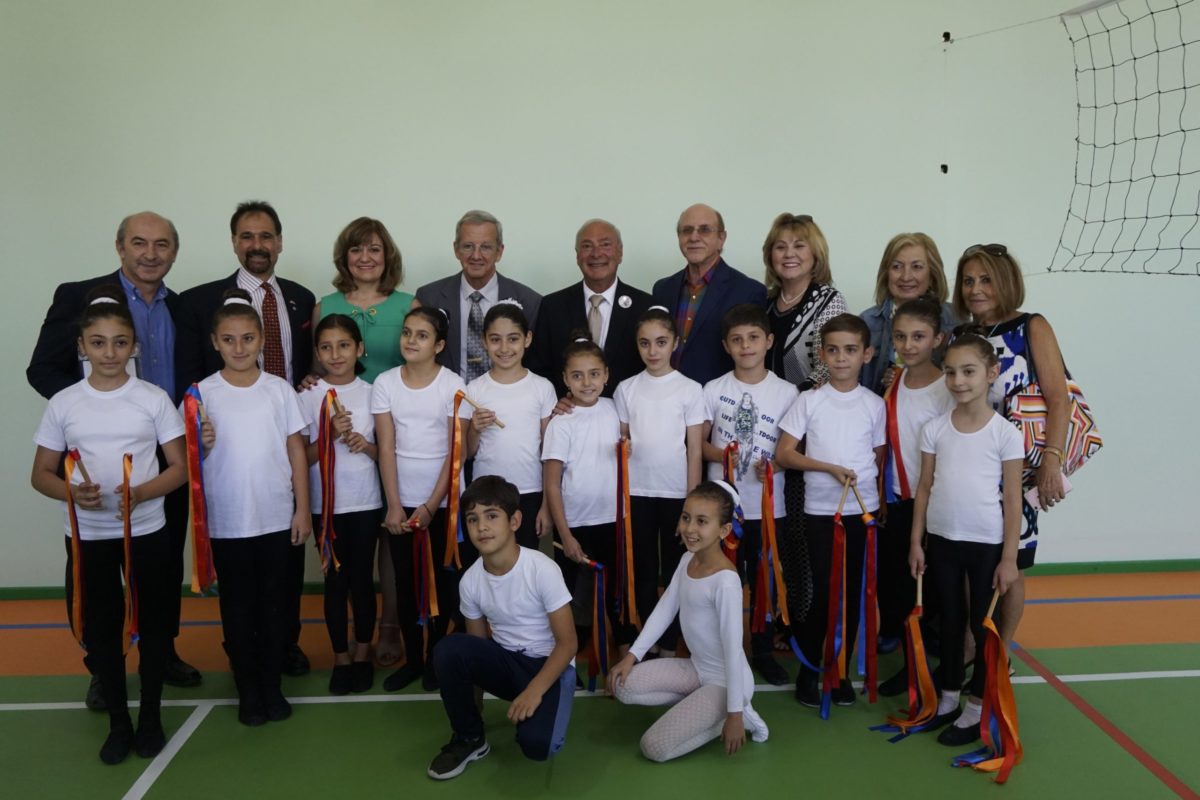 YEREVAN/DETROIT — The Knights of Vartan Nareg-Shavarshan Lodge in Greater Detroit is continuing to make improvements at the Knight of Vartan #106 School in Yerevan, Armenia. Since 2018, the lodge has raised $61,500 for renovation projects at this school.

The Knights of Vartan, in 1993, initiated the “Adopt A School Project (AASP)” project to financially assist public schools in the Republic of Armenia. During the early years of Armenia’s independence, the new Republic did not have the resources to adequately fund the needs of its public school system.

With inadequate teacher salaries, dilapidated school facilities and a lack of supplies, helping schools in Armenia was a worthwhile endeavor for the organization.

It was at this time the Knights of Vartan made significant improvements to School #106 in Nor Nork, Yerevan. After a few years of cooperation the school was renamed the Knights of Vartan School #10 and Past Grand Commander (PGC) Everett Berberian and PGC Ara Avakian traveled to Armenia on April 5, 1995 to attend the ceremony marking this event.

The Knights implemented additional projects in the school through the Armenian Social Investment Fund (ASIF). Some of the major renovations after Armenia’s independence at this time included installing a new central heating system, replacing the roof and many of the windows and doors and what was supposed to be renovation of the gymnasium.

In 2016 the Knights celebrated the centennial of the organization’s founding, with a program in Yerevan. The Grand Commander that year, Steven Kradjian, reestablished a relationship with the Knights of Vartan School #106 Principal, Marine Vardanyan, and invited her to attend the organization’s official event.